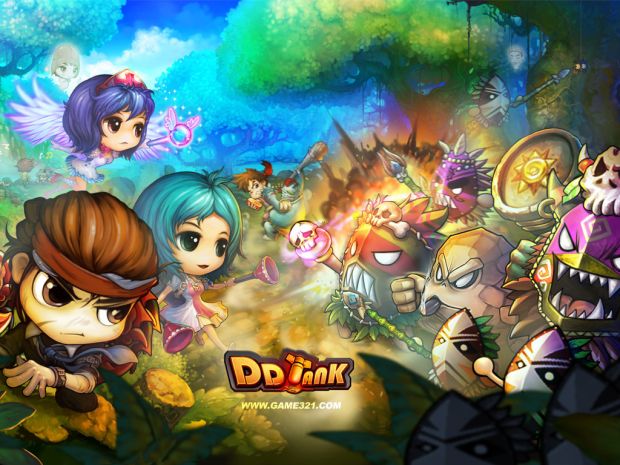 Guild Battles
The all-new Guild Battles start every Saturday, and will feature the top 8 guilds from the weekly Wealth Ranking league. Guilds compete against each other in a knockout style tournament to earn Battle Points. Victorious guilds can then go on to compete in further battles in a bid to net bonus Battle Points until their streak ends. After all Guild Battles comes to a close, the guild with the most points will be rewarded with bags of valuable rewards. Runner-up guilds will also receive awards based on their participation.

Improved Pet Systems
Update 5.1 lets DDTank adventurers bring their pets to life with brand new weapons, hats and clothes. Not only do they look awesome, but each piece of equipment improves a characters main attributes!

Treasure
Upon reaching level 25+, players will now receive a rare treasure map that leads to a reward of Beast Gems and more. To complete the Treasure Map, players must navigate complex puzzles and events. Maps vary in difficulty; dependent on the amount of stars the map is rated. The more stars the map, the shinier the rewards in the treasure chest at the end.

Totems and Cards
The all-new Totem Amulet introduced with Update 5.1 is a must have. Not only does it boost a base attribute, it also offsets coin usage by up to 60%. Players can also buy new Card Spirits, which give a chance to win more Active Points. The chance of receiving rewards from Silver and Gold cards has also been raised, and NGames is introducing a brand-new Platinum card that can net players mega rewards.