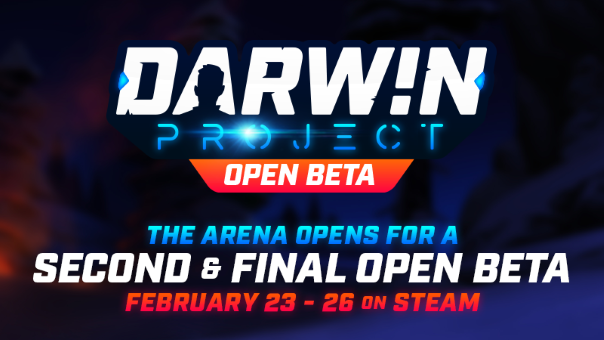 Darwin Project has announced that its second, and final, open beta will take place this weekend.

The beta will start on Friday, February 23 at Noon Pacific / 3PM Eastern and end on Monday, February 26 at 9AM Pacific / Noon Eastern. The beta weekend will be kicked off an hour early with a live stream with special guests who will get into the game and play live matches before the servers go live.

Open beta will give players the chance to experience Spectator Interactions on Twitch, Private Matches, and Show Director ratings. You can check out the full patch notes to see what’s in store!