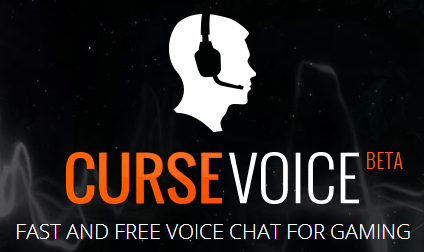 Curse Inc., a leading video game media and technology company, has announced the next generation in gaming communication with Curse Voice for Mac, iOS and Android devices. Curse Voice is a free-to-use, Voice-over-Internet Protocol (VoIP) software developed by Curse engineers to make gaming communication faster, easier and more secure than ever. Curse Voice stands out in a market of over 550 VoIP products by allowing users complete control over their voice session during gameplay without impacting performance with messages syncing across all platforms.

Digital gaming has become a lifestyle for people of all ages across various regions of the globe. In order to get all such players together with a successful communication system, Curse Voice is offering up brand new and useful technology for gamers to explore on their PC, Mac, iOS and Android devices. It is hands-free and ensures gaming enthusiasts do not have to take their attention off it at any point in time. The new mobile releases for Android and iOS allow users the ability to stay in touch with friends across multiple games while on the go with the added convenience of group messaging, free voice calls, offline chat and message history.

Curse Voice allows gamers to instantly import friends from other networks and connect in chat sessions. The communication platform puts all of the tools and options needed to fully customize the experience at the fingertips of its users. In-game overlay adds even more flexibility so that fans can modify the chat app without leaving their in-game session. Curse Voice is automated, so there is no need to search for supported games. Curse Voice has been designed for players looking for a hassle-free VoIP with new games being added on regular intervals. To obtain more information about the technology and its new release on Mac, iOS and Android, visit the official website at http://beta.cursevoice.com.