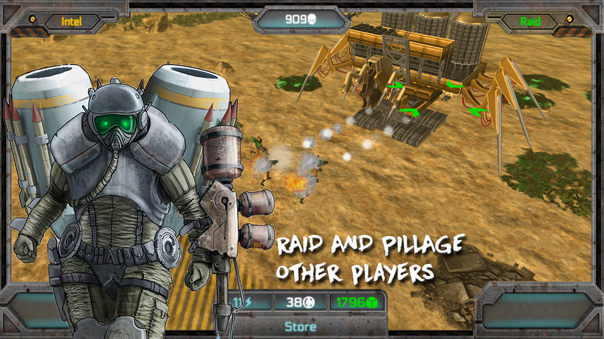 The launch came after a weeks soft launch in the UK, and four months of high organic user growth on Facebook which gave Legendary the time and feedback to react to users and prepare the game for global release. Year 0 Tactics is powered by the Goo Engine, a robust WebGL and HTML5 graphics engine from Goo Technologies. Year 0 Tactics debuted on Amazons Fire TV and was the firsts ever 3D HTML5 game on that platform. This is the fourth separate portal the game has been launched on and will shortly be launched on iOS and Steam.

“Year 0 Tactics is the perfect mobile game.” explains Ewan Lamont, CEO of Legendary Games. The UI, game play and performance has been optimised for mobile devices since the beginning of development, over a year ago. It’s the ideal game for mobile gamers who want a long running campaign of story with intense PVP action!”

In Year 0 Tactics, players lead a vicious band of marauders in a post-apocalyptic tactical battle game. As play unfolds, you build your base, upgrade your troops, then raid and pillage other players for precious resources. All raids are real time, against real people in a turn-based war game.

The game is set in the same universe as the ground breaking Year 0 but this time users get to play the marauders that were a constant plague to the bunker dwellers. Fans of tactical, turn-based, combat games and multi-player base building games will love Year 0 Tactics.

Check the game out now on GooglePlay!