The Closed Beta of Champions of Titan Begins Today 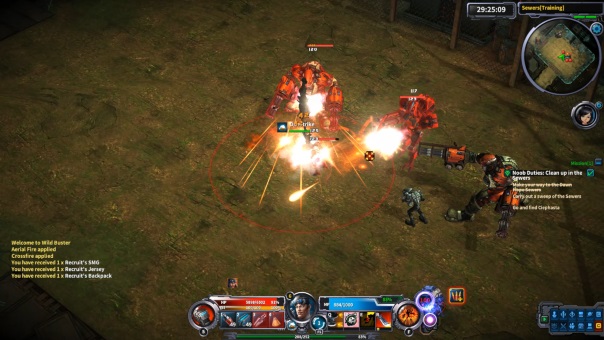 IDC/Games announced today that their new type of MMORPG, Champions of Titan, begins their Closed Beta Test today. It’s an MMORPG with MOBA-style combat and this CBT will last a few weeks before it enters the Open Beta phase a little later this summer, and a server wipe before the beta phase. Champions of Titan is a sci-fi Action MMORPG that features humans that have fled their home planet and moved to Titan. Once they arrive, they find that there is already a cyborg race there, the Broken who wish to destroy all human life in the galaxy. In the PVE aspects of the game, players will tackle the Broken, and in PVP they will instead tackle the players of the other faction – Guplanned:nd Abandon. Guardians are the remaining human army, and Abandon are mutants and mercenaries that were once at war with the Guardians but teamed up to fight the Broken.
Game features:
– Full PvE MMORPG with fast-paced combat
– PvP Battlegrounds MOBA style; defense of the ancients style, battle royale and free for
all events!
– Dodge, roll, slash, fire, crowd control, stun and shoot!
– 14 heroes at the start, more than 20 planned: all of them unique with its exclusive skills
– Classical tanky, damage dealers and healers scheme
– Professions like crafting, weaponsmithing, armorsmithing, jewellsmithing and fishing
to optimize gear
– Raid dungeons with your guild or friends to gear up your hero
– Guild system
– Auction House system
– Pet system
– More than 500 quests in the game, 20 dungeons, and 4 raid dungeons.
– 5v5 and 10v10 squad leagues