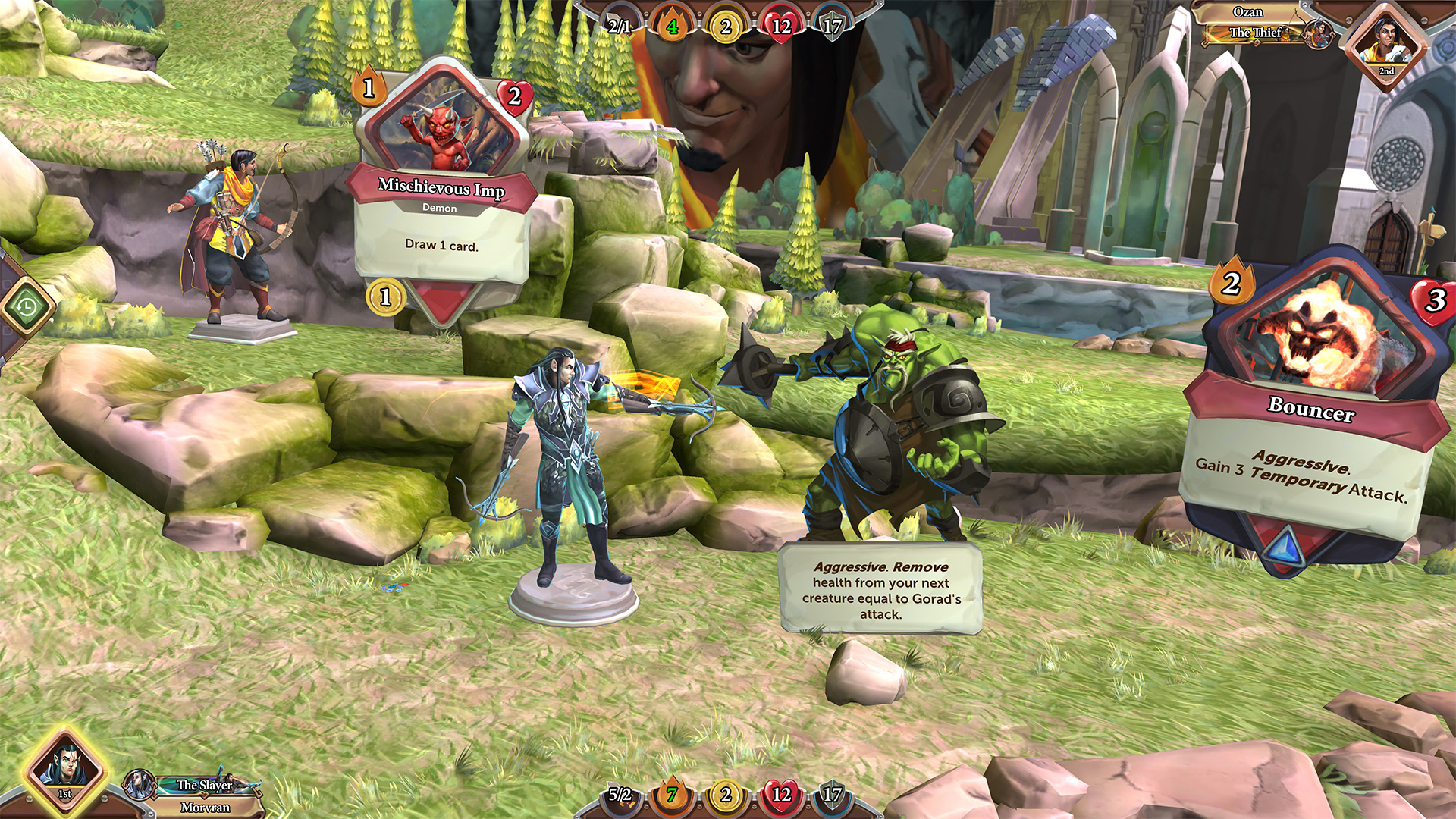 It’s been six weeks now since Jagex pushed their radical take on the head to head Hero CCG genre, Chronicle: RuneScape Legends, to the general public. Now at last we’re seeing a new and exciting hero step into the spotlight with Morvran, the slayer master! Best of all, this isn’t some annoying cash shop promo. You can have him for free, so long as you best him in combat first!

Update 1.4 brings with it Morvran and 37 new cards as well as two Legend skins. But that’s just the tip of the iceberg. In the coming weeks we will also see the first major community driven event, Beach Party arrive, featuring quests that players will have to work together to complete to reap the rewards. Of course you can expect sun-soaked new environments to compliment the occasion.

“Chronicle’s launch on Steam was just the prologue of our own quest to continue delivering a strong lineup of content for the game. The addition of Morvran as our sixth Legend will shake up the strategies and tactics of even top Platinum-ranked players, but he is just the tip of the iceberg in terms of planned content for the rest of the year and beyond,” said James Sweatman, lead designer, Chronicle: RuneScape Legends. “We’ve had great feedback from gamers across the world since Chronicle launched in May, and we’re looking forward to continuing our journey with them.”