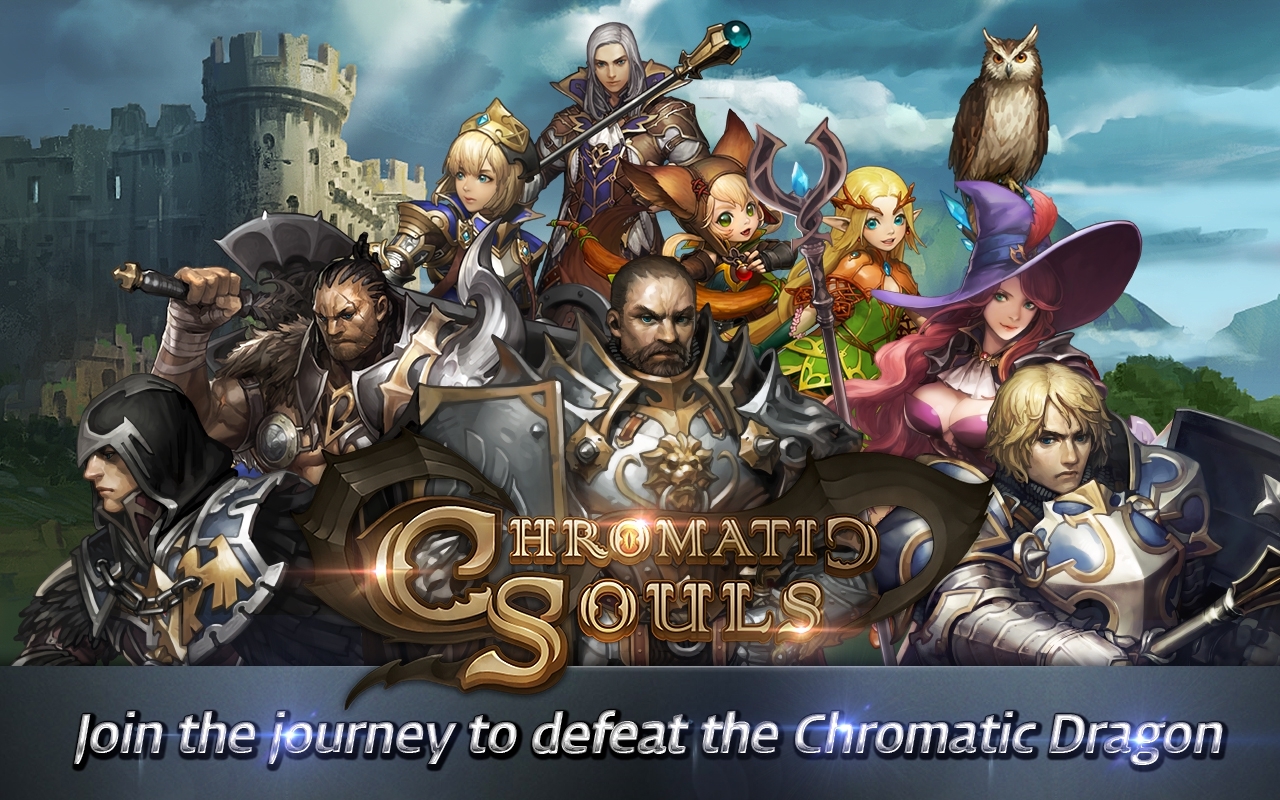 Players begin by creating a team of valiant heroes, with each member having one of four roles: Tanker, Attacker, Supporter, Mage. Each type of hero has distinct active and passive skills, which players must leverage to form the strongest team. In addition to taking each character’s skills into account, players must also use the turn-based system to their advantage and tactically deploy each action or attack.

In the game’s single-player mode, players journey through Maldrago to discover the cause of rising unrest in the land, fighting hordes of malicious creatures along the way. As they gain equipment and experience, players can further customize and strengthen their teams by enhancing their characters’ weapons, armor, and skills.

In addition to individual battle stages, Chromatic Souls has over 100 dungeons ranging in difficulty and available rewards. When not entering a dungeon, players can also send characters on expeditions to acquire EXP, Gold, and equipment.

The game also features real-time boss raids, in which players join with friends to face formidable raid bosses and receive more rewards. The game’s multiplayer functionality adds yet another layer of strategy to this classic turn-based RPG as each player must use their teams effectively to achieve victory.