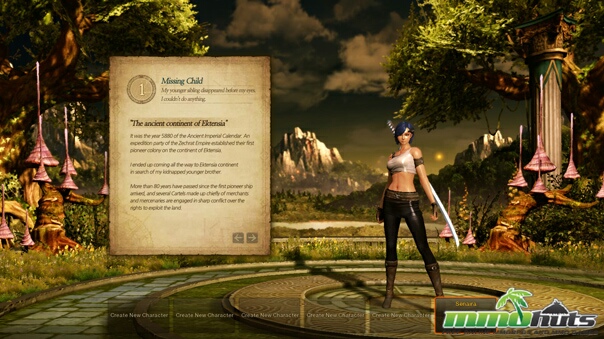 The original Cabal held a special place in a lot of people’s hearts, it seems. So it’s little surprise so many people are anxiously awaiting the release of Cabal 2, devouring any piece of information they can grab. Well, ye fans who wait with bated breath, I had an opportunity to test the game in its closed beta state, but is it everything you’re hoping for?

Use the Force; Or Don’t, Whatever

Fans of games with a lot of different character classes are going to be disappointed with Cabal 2’s six. Luckily, these six classes are all quite unique. Warriors are your burly, plate wearing, two-handed weapon wielding, Hulk-smash delivering melee experts. Force Shielders are the tanks, keeping monsters focused in their direction. Force Archers deliver powerful, ranged attacks with their bows, keeping opponents at bay. Force Bladers are also melee specialists, but their focus is on massive combos, high damage, and utility. Wizards bring elemental destruction to their opponents, allowing you to unleash massive dungeon shattered damage if your team can keep you unscathed by the fray. Finally, priests act as a healer for the group, healing and shielding them from harm. 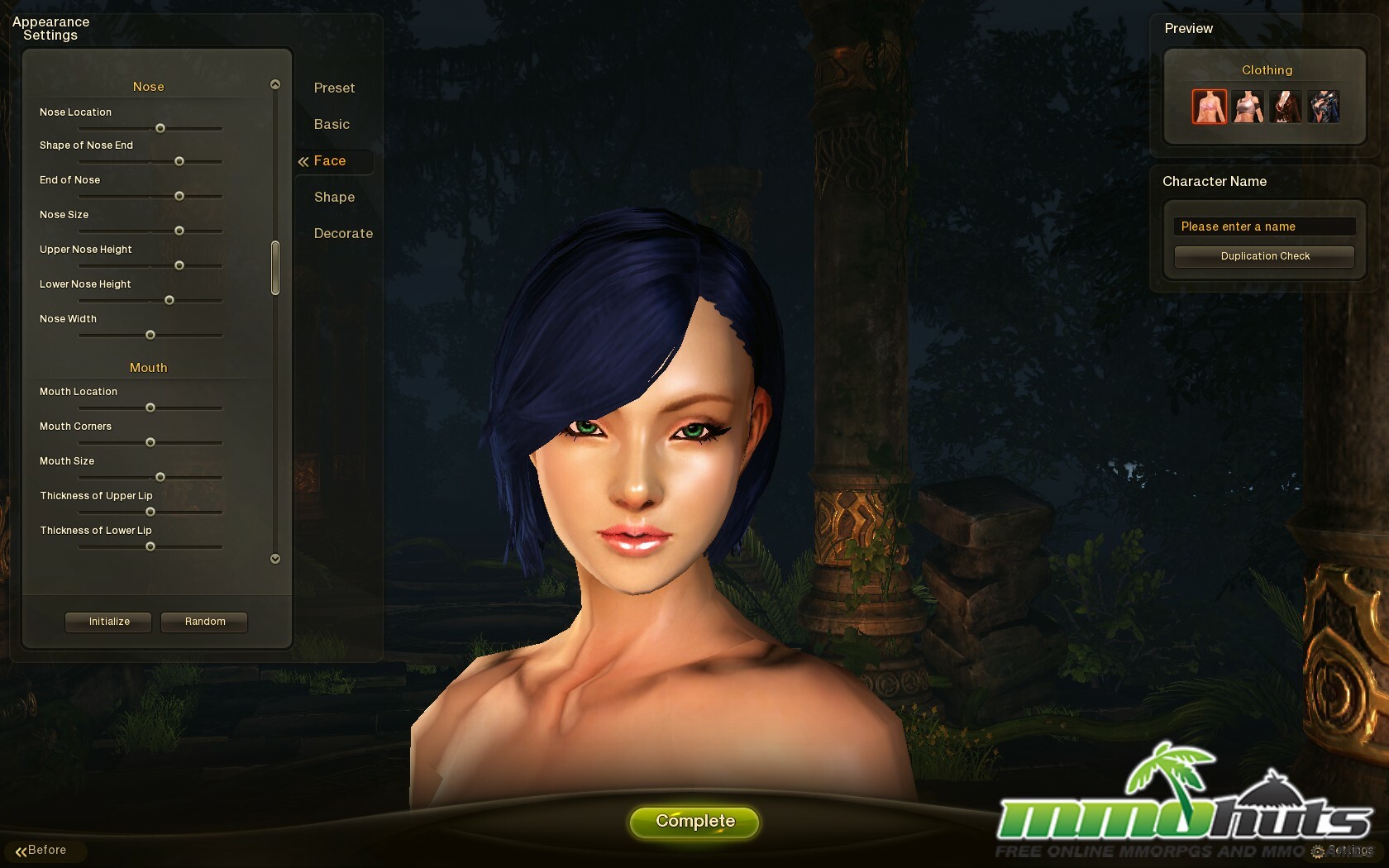 With customization getting the shaft in MMOs lately, Cabal II is a refreshing change of pace.

Luckily, none of the classes are gender gated like the original Cabal. Not only that, but character customization is quite extensive, letting you create quite a unique character amidst being the same class as countless other players. My character, of course, had blue hair, because blue hair is the color of true heroes everywhere.

Even the Flora Has Fangs

Early on, Cabal 2 is very similar to, well, most every MMORPG on the market. Quests drive the majority of your early gameplay. However, questing is actually organic in the game, tied heavily to the storyline rather than simply tasks to do. Most of them are multi-part affairs which task you to perform several different actions in succession before you can obtain your rewards. Which is another nice thing about Cabal 2: almost every quest terminus offers equipment upgrades for your character (I believe I found one or two total that did not, thus far).

These quests also take you everywhere across the zones. Explorers might lament this choice, but there are still a few things to be found for the keen amongst them. Rare creatures, much more dangerous and powerful than the normal rabble you come across, tend to be hidden off the beaten path. As you’d expect from a game with any level of polish, these creatures offer both achievements for their downfall, as well as loot for the taking. Who says exploration has no tangible benefit in MMOs anymore? 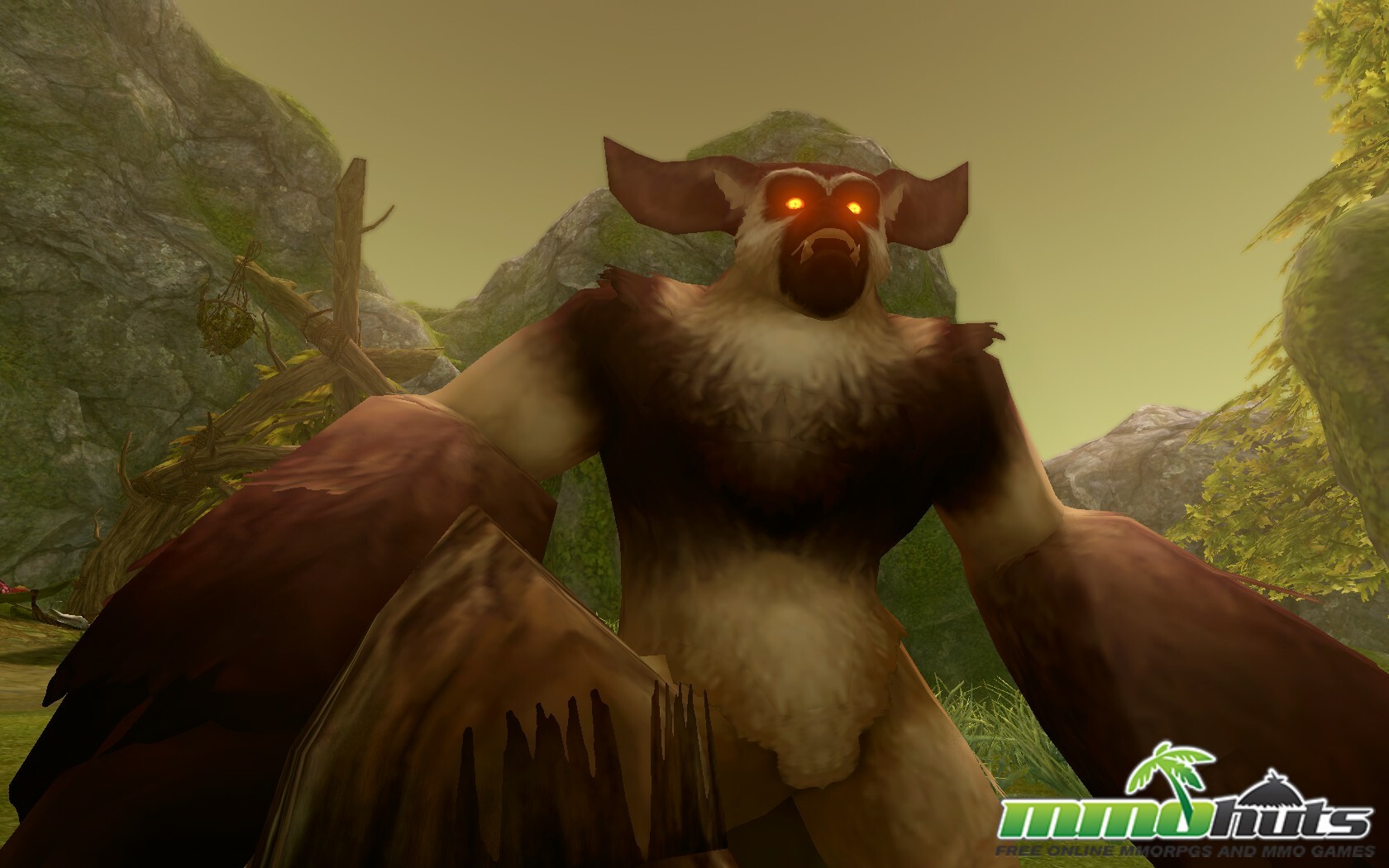 Cabal 2 is an action MMORPG at its core. While not quite on the level of the action combat icons like TERA and Guild Wars 2, every action you take requires a key-press. There are no auto-attacks here, folks. Oh, and clickers? Prepare to learn how to use your keyboard quickly, because you cannot click on abilities on your action bars to use them.

Thankfully, while classes have a lot of abilities, most of them form attack chains for players to use. These chains represent the majority of what your combat experience will be, unfortunately, which may leave some players thinking there’s little to the system. There are also plenty of buffs and support abilities to be had for every class, though, and utilizing them properly will set great players apart.

You Wants Hats? We Got Hats!

With only six classes to choose from, individual customization might feel a bit flat. Thankfully, Cabal 2 offers a costume system to individualize your character. Do you mix and match to create that perfect outfit, or perhaps you like the looks of a lower level set versus your current one? Fear not! The wardrobe system uses drag and drop style outfitting, making it quite easy to adapt to. 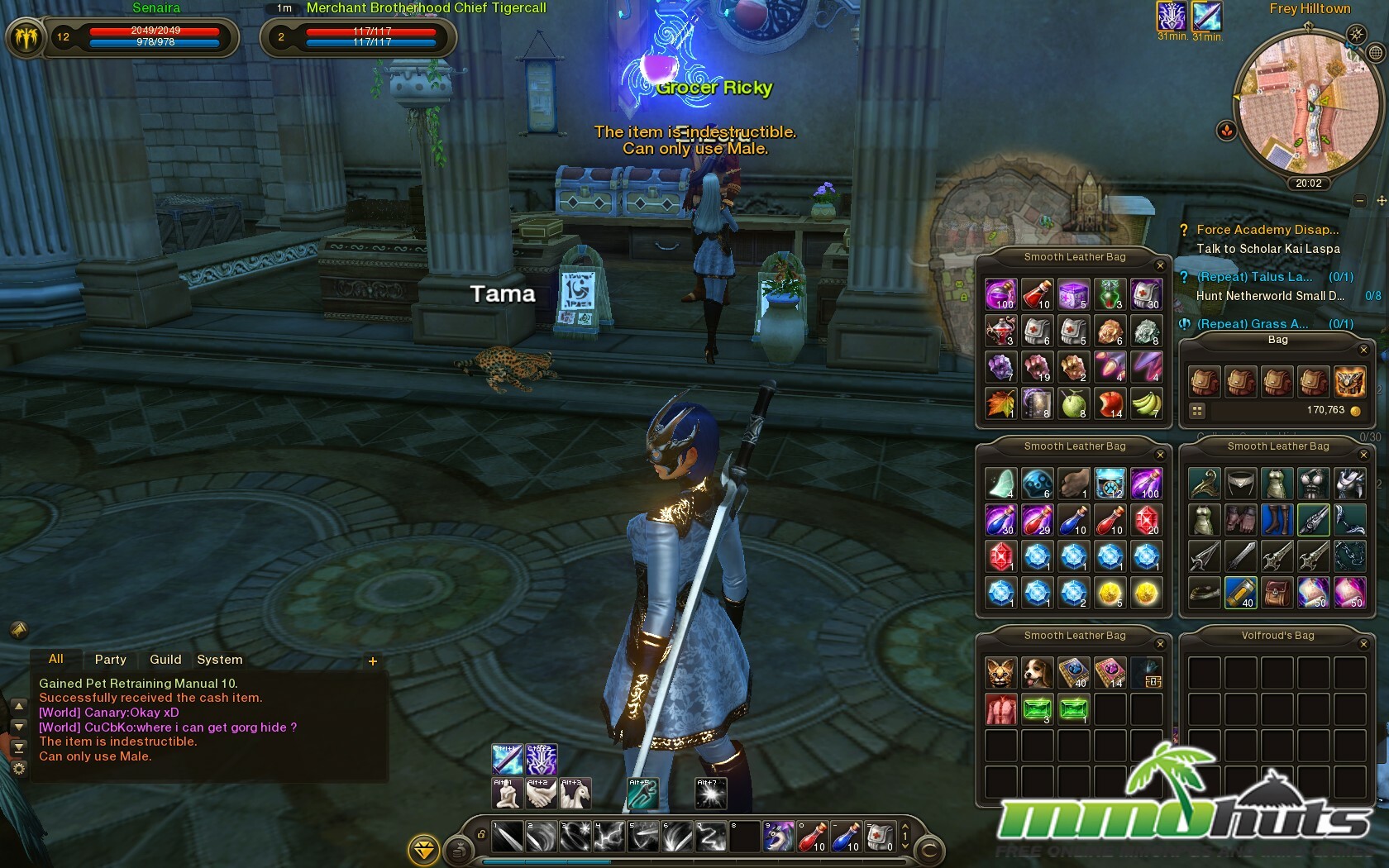 Is this a mask, or did I put the hat on wrong?

In addition to simple cosmetic looks, the game features several types of power cores that can be inserted into gear (if the gear has sockets to allow for it). These cores come in a variety of types, from health, to accuracy, to critical hit chance, giving you a wide range of options on how to further augment your character.

I want to like Cabal 2; I really want to like Cabal 2. There are, however, some things that aren’t quite right with the game currently — things that are, thankfully, being worked on. Game optimization isn’t 100% at the moment, meaning expect odd framerate issues from time to time. The cut scenes in the game are very cinematic, epic experiences that throw you into the world, but the feeling gets thrown back to 1997 with no voice acting and a general inability to know who’s speaking in the crowd. While I didn’t participate in it, I understand the majority opinion in beta is that PvP is woefully imbalanced at the moment. 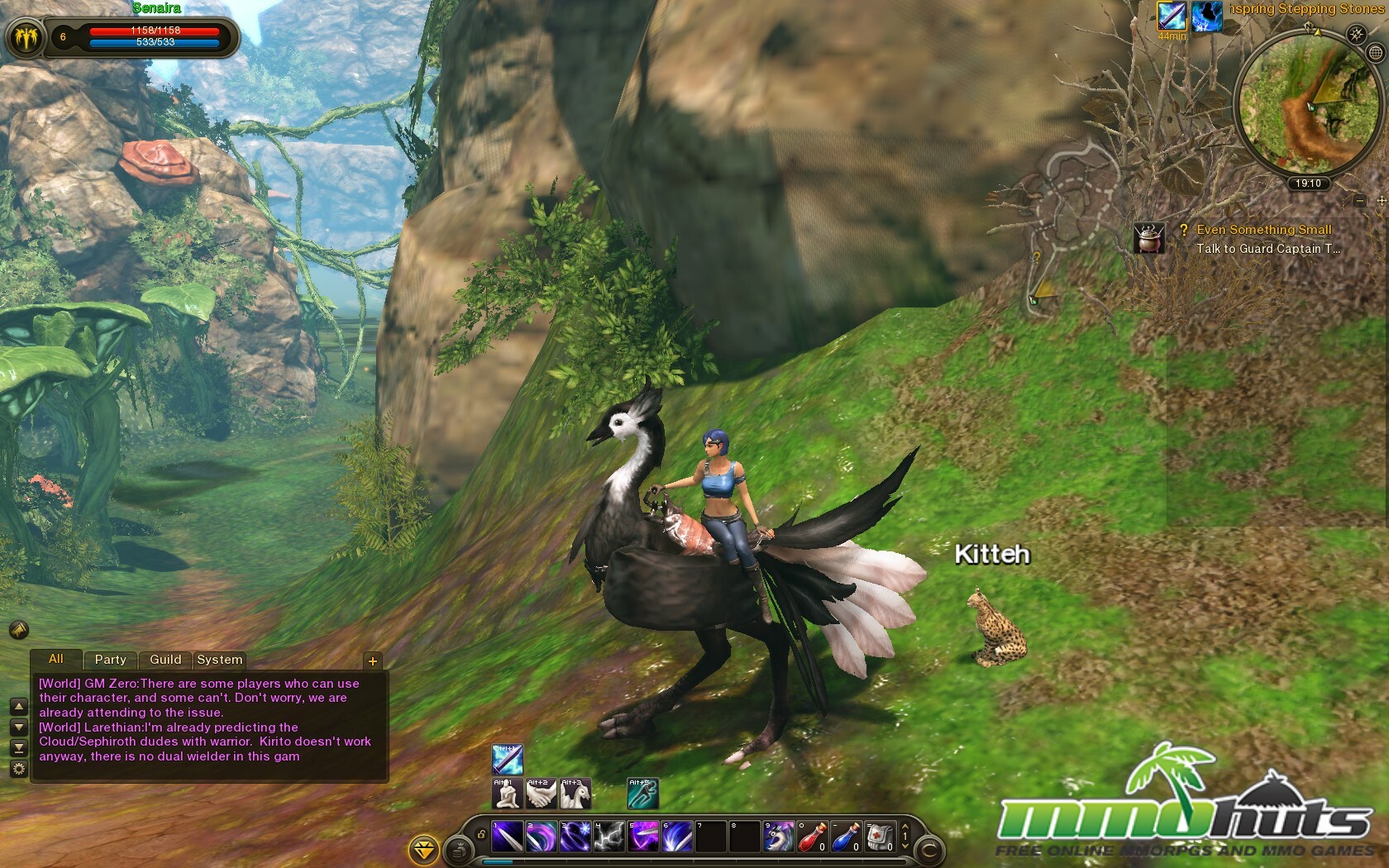 No words are needed to explain why this is awesome.

That being said, and all negatives aside, the game is still fun. Each class in a group is quite useful (as far as PvE is concerned), and it pays to balance your groups. The world itself is vibrant, yet easy to immerse yourself in. There’s simply a plethora of things to do, from crafting, to dungeons, to PvP, and more. It’s going to take some polish to truly make this game a gem, but it’s definitely getting the attention it needs.