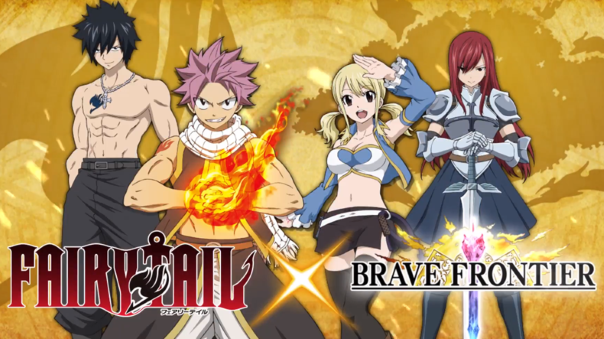 gumi is proud to announce that the popular characters from the anime Fairy Tail are returning to Brave Frontier. From November 1st until November 28th, fan-favorites such as Natsu Dragneel and Lucy Heartfilia are here, alongside some new units from the series.

During this period, players who log in will be able to recruit Fairy Tail’s first master, Mavis Vermilion as well. The tactician, Mard Geer is also available through “The Underworld” Dungeon. There are also several collaboration quests to take part in, such as “Iron Covered Skies”, “The Black Wizard”, and “Dragon of Destruction”. In addition, there are also daily logins, and milestone campaigns that offer many valuable rewards for players.