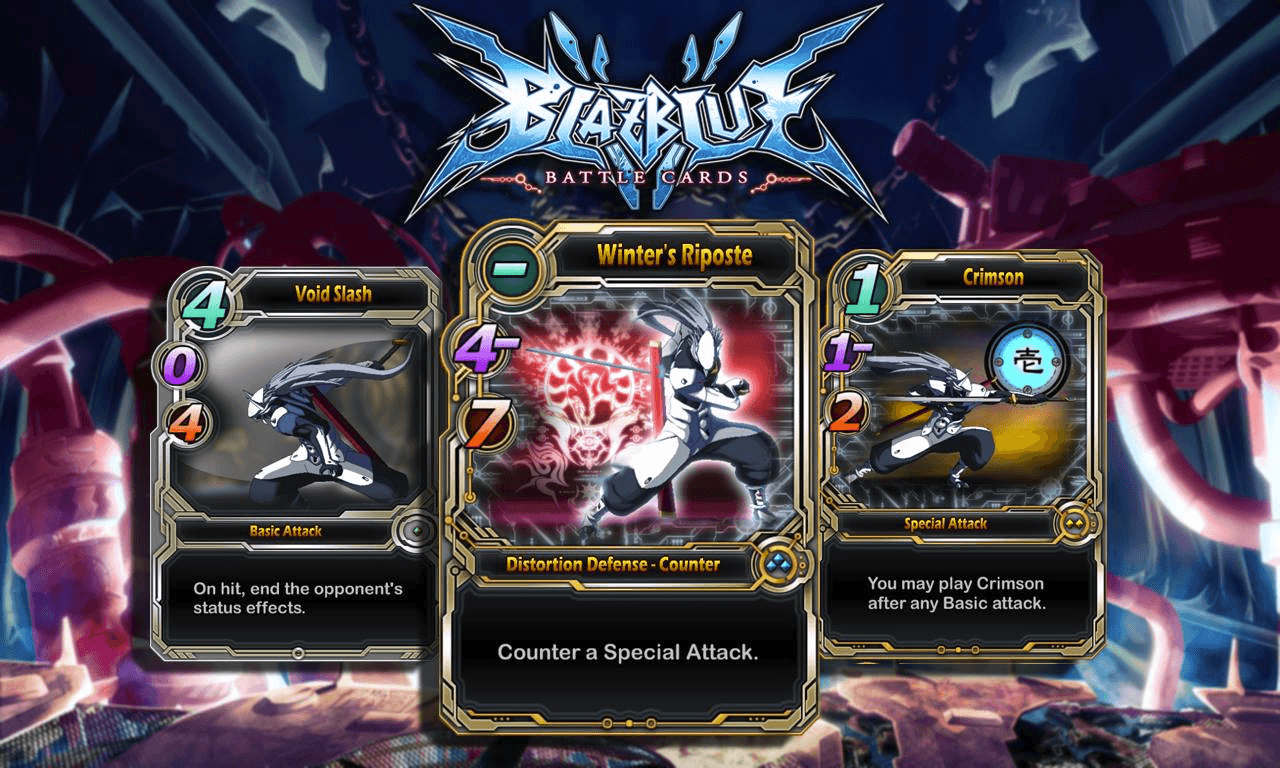 The app captures the excitement and epic intensity of the BlazBlue brand and its roster of fighters in a dynamic multiplayer card combat game. The app allows players to choose their warrior from one of nine iconic BlazBlue characters; build their deck from a wide range of attacks and special moves, and then go head-to-head online against other players through the built-in matchmaking, ranking and leader board system.

Jay Gelman, CEO of Alliance said “We are very excited to be able to bring the BlazBlue experience to the mobile space with our introduction of BlazBlue: Battle Cards. Our development team at Alliance headed up by Matt Sughrue has done a great job translating the exciting and challenging BlazBlue experience to a multiplayer card combat game. We want to thank both Aksys and Arc who have been extremely supportive of all our development efforts. Their cooperation in each phase of the process was integral to bringing the game to the market. We look forward to a very successful launch.”

Akibo Shieh, CEO of Aksys Games, states, “Aksys Games is proud to have Alliance participate in our partnership with Arc System Works to help expand the BlazBlue franchise to a new medium. We are excited for the release of BlazBlue: Battle Cards and hope to bring the BlazBlue universe to new users as well as give those familiar with the franchise a fresh, new experience to enjoy!”

Toshimichi Mori, creator of BlazBlue said, “I was really surprised to find out that a card game based on BlazBlue was being made (and outside of Japan, as well!), but I’m really happy and grateful that BlazBlue is going to be available on mobile platforms!

I’m hoping that BlazBlue: Battle Cards will provide an opportunity for more people in the US to enjoy the amazing characters and the lore of BlazBlue. It’d be great if you can give the original fighting game a shot while at it, too!”