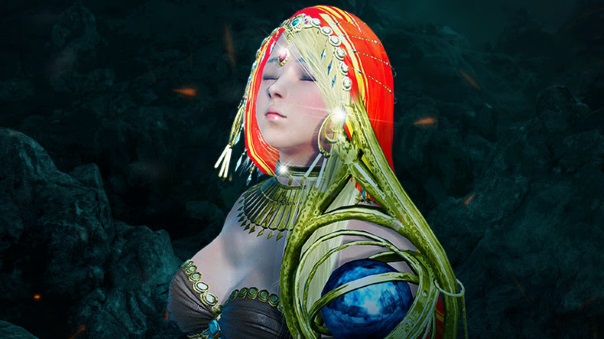 Two weeks ago, Black Desert began their Third Anniversary celebration, and today they have announced the events that conclude it. Touted as some of the “best in-game events that have been organized in recent history”, they offer some pretty serious rewards for any who participate. Starting tomorrow is the “Glimmering Old Moon” event, which will last until April 10th, 2019. Daily Challenges and Event-Quests will yield special items such as Secret Old Moon Letters and different colored Moonlight Shards. The latter can be used to enhance Old Moon accessory items that are rewarded by completing quests which are given by NPCs who reside in Heidel’s Valley Lily Inn.

These NPCs will give both a combat quest as well as a fishing quest following the delivery of a Secret Moon letter. Players who successfully managed to enhance the Old Moon accessory to TRI or higher will be rewarded with the highly sought-after TRI-grade accessory such as TRI: Ring of Crescent Guardian, TRI: Narc Ear Accessory, TRI: Basilisk’s Belt and/or a TRI: Ogre Ring depending on the completed questline.

After today’s maintenance, the Cron Collector Event will also begin, lasting until March 27th, 2019. When players fish, gather and defeat monsters they can earn Sky Blue Lollipops. These can be traded to several NPCs for Cron Stone boxes, which randomly give out amounts of Cron Stones. A Hall of Fame has also been erected to honor Black Desert’s most loyal players. Here players who have accumulated a top the rank in a certain activity will be rewarded with a special in-game title. Activities can be “highest level character,” “most hours played,” “highest life skill levels”, and many more.

Finally, new players will be pleased to know that they can still earn their free gamepass up until the 27th of March by playing Black Desert Online’s new battle royale mode named Shadow Arena. Contestants who are skilled enough to slay 5 players during the event period will be rewarded with a copy of the game.