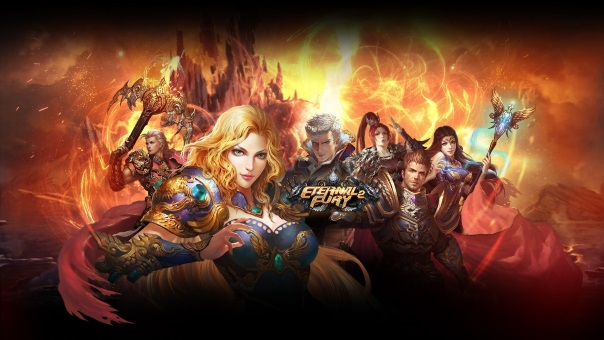 Game Hollywood is officially launching their sequel to the mobile title Eternal Fury, Eternal Fury 2 on iOS and Android. Eternal Fury 2 will offer a brand-new adventure, with optimized gameplay, while also keeping true to the Eternal Fury feel.  Eternal Fury 2 brings together 3D graphics, delightful battle effects, alongside mobile mainstay ideas such as upgradeable units and turn-based action. It also offers balanced PVP and PVE, with a deep weapon-combination system.

In Eternal Fury 2, players control a mysterious hero that has lost their memory. With or without a memory though, the fight for justice must carry on, and perhaps through this adventure, they’ll regain some of those lost memories. There is great and terrible chaos on the horizon, and it’s up to him to stop it. Players will be able to improve their skills but also acquire mounts, servants, friends, as well as joining Guild Members and friends on this new adventure. There will also, of course, be welcome events and rewards both in game, and on their official Facebook page.