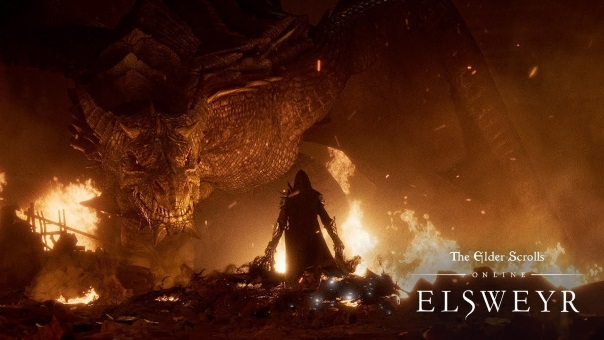 So, more than half of Bethesda’s announcements were more on the single-player side of things, so if you want to see those announcements and teasers, click the handy link below, which will take you to our sister site, OnRPG.com. The MMO side of the announcements was admittedly on the weak side. I do want to say that the Elseweyr cinematic was gorgeous, but was it necessary? We already have gameplay of Elseweyr, it’s been out for over a week now. It didn’t make much sense to me on a personal level.

Elder Scrolls Online: The Elder Scrolls Online  . . . received a new cinematic. However, it is an amazing cinematic for Dragonhold, which is coming later on in the year. The Legendary Redguard, Sai Sahan of the Five Companions will be making a return in Dragonhold, which has a release date of Q4 2019. August will see the dungeon Scalebreaker coming, which we hope to have more information on in the near future.

Commander Keen: Free-to-play mobile MMO, in the Commander Keen franchise. It stars the twin children of the last generation’s Keen, and work together to create gadgets, move through the environment, build cool stuff, and save the world from an alien invasion. It plans on soft-launching this summer on both iOS and Android. Personally, I never played the Commander Keen games – I didn’t have a PC when they were new and exciting. I don’t really have a frame of reference to be excited about, but I was certainly not anticipating it be a mobile title.

The Elder Scrolls Legends: Trailer for the Mobile iteration. They also revealed the next expansion, The Elder Scrolls: Legends: Moons of Elsweyr, coming June 27th. Again, there is not a lot of information available right now, but it will have a host of fun new cards and will take place in the homeland of the Khajit, Elseweyr.

The Elder Scrolls: Blades: Solo Arena System, New Dragon Questline, Jewelry System. This update drops tonight (tomorrow), June 9th, 2019. The Arena Battles, ability to visit your friend’s homes and more, revealed at E3 2019 will be coming in the Fall of 2019. However, The Elder Scrolls: Blades is also coming to the Switch. There will also be exclusive giveaways to celebrate to E3. There will also be a host of new cards to be excited about that will without a doubt shake up the game.