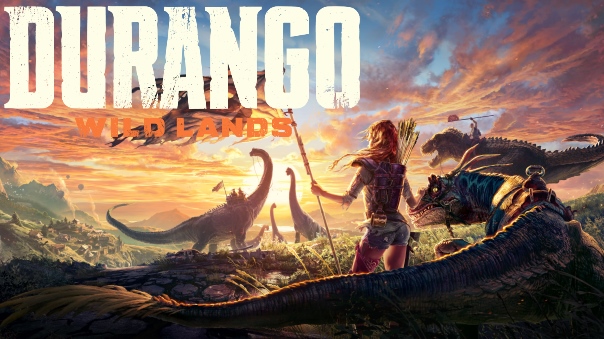 I’m actually going to start out by saying: Congratulations Durango on ten million downloads. Quite the accomplishment, and something you should be proud of. Frankly, I’m not surprised that the game did so well. It’s a fairly well put together bit of free-to-play, mobile, open world survival game, with a relatively forgivable pay model, acceptable to good graphics, and even (dun dun dun) the ability to have skin colors besides white and Asian!


Don’t worry about your appearance on the train too much, you’ll get a chance to fine tune things shortly.

Not to put too fine a point on it, but in a couple other of my recent mobile MMO reviews, the distinct lack of melanin-density diversity was noticeable. In Durango there’s actually quite an extensive customization you can do with your character. Enough so that I felt like it was worth noting. Aside from just choosing what your character looks like at the beginning, you can also choose a skill that your character will have a boost in, such as farming, blacksmithing, cooking, etc. Leveling up skills isn’t so much a pain that you should fret over this choice. Go with what feels fun to you, and you’ll be fine with that.

The story of Durango is that you’re the survivor of a train crash that has somehow placed you within a strange land, filled with dinosaurs. Sort of a “land that time forgot” situation, but with a lot more people. This is due to the Warp, as the local citizens of Durango have come to call it. A mysterious energy that translocates matter from one place to another.

The citizens of the land of Durango have learned to harness the Warp in limited ways, as well. It can be used to transport yourself back to a local camp, or to a waypoint that you choose to set, as well as various critical map points, such as a harbor. All of this, and considerably more, you’ll learn while undergoing the game’s prequel and tutorial.

You’ll learn to use the warp to get around quite a bit.

While the game isn’t overly complicated in the way that say EVE Online might be considered so (THE SPREADSHEETS), there is a fairly good amount that you’ll need to learn, and as such I suggest that you read the tutorial information carefully. It’s there for a reason. That being said, it’s not an overly drawn out tutorial, but rather is succinct in getting you the information you need, then sending you on your way to enjoy the main game.

For the most part I enjoy the controls of Durango. The movement style is that of the finger anywhere joystick (as opposed to the “joystick is here and only here” layout). You simple touch the screen, then move your finger in the direction you wish to move. Barring that you’re not hitting any of the other buttons on the screen, you can touch pretty much wherever you’d like. To me, this makes it much easier to find a hand grip that is comfortable, which I greatly appreciate.


The movement controls are nice and intuitive. And you can jump!

In combat things are a little different. You no longer have a joystick to control your movement while fighting, but will instead move to whatever place on the screen that you tap. To be honest, I found the combat to be slightly less intuitive than other aspects of the game, but it’s doable. I also admittedly haven’t unlocked much of the combat skills, and doing so might allow me to find something that more suits my play style.

Skills are a huge aspect of Durango, and there’s quite a few of them. Again, make sure to read through any directions and tutorials you’re given if you want to understand how things work. Otherwise, you might end up looking like this guy. 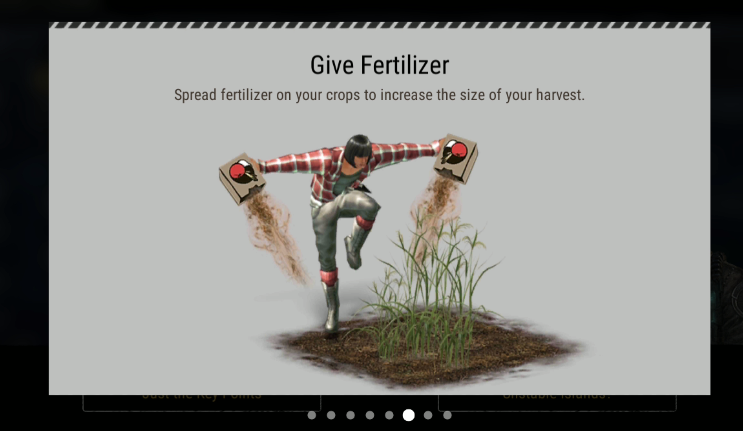 According to Outfoxed, he’s teaching the plants the crane maneuver so they can fend off weeds. Works for me.

Crafting is something else you’ll want to get familiarized with, and this is how you raise a large number of your skills. Basically, if you want to level up a skill, you do that thing. Makes sense, right? Additionally as you level up the skills you’ll be able to unlock new recipes. Something that makes the crafting in Durango unique is that you have the option to choose each component of an object. For example, to craft a stone axe, you need a stone blade, a handle, and something to tie the two together.

The stone blade is something you’ll craft from rocks, the handle will need to be something with the “stick” tag, such as a branch or long piece of bone, and the strap will come from either reed stalks, or the roots of a raspberry plant. Furthermore, the quality of the object you’re crafting will be affected by the level of the items you’re using to craft with, which will in turn be affected by the skill used for gathering.

For example, if I have a higher butchering skill than logging, I might want to use bones for my axes, since I’ll likely have higher quality materials. Also, if you’re just trying to grind crafting for skill points, there’s an “auto-fill” button that will pick the resources for you and save you time. Very handy.

Durango is an open world survival game, but it’s more than just running around crafting. There are also missions that you can do, which come from a variety of factions with whom you can increase your reputation standing with.

Not only that, but there are certain tamed islands, places that are more stable within the warp, where you can build your own little domain. Anything you build in your domain is safe from other players. You’ll likely need to leave your domain from time to time, however, in order to go pick up resources.

If you want the better resources, you’re going to have to head over to an untamed island. These islands are filled with peril, and will actually change every so often. I thought this was a bit of creative design, and it only endears the game to me more.

From what I can tell, there doesn’t seem to be anything specifically pay-to-win in the cash shop, either. There are a few pets that you can purchase, but I know that taming animals through gameplay is also possible. As yet, I’m not sure if those pets that are available in the store are also available, but as the rest of the game leans away from a pay-to-win model, I’d imagine that even if you can’t get those exact pets, you can get something that’s comparable.


You and me are gonna be BEST friends!

I’m going to go ahead and give Durango one of my rare 4.5 out of 5 dinosaur scores. There is a plethora of stuff to do even as a free player, without feeling paywalled or time gated. As far as I’ve seen there are no skill caps that you have to buy your way out of or any such nonsense. The graphics are good, the controls (outside of combat especially) feel comfortable, and for a mobile MMORPG of its type, the story is even sensible, and ties into gameplay aspects. So yeah, go ahead and give it a download and see why over 10 million other folks worldwide have done the same.