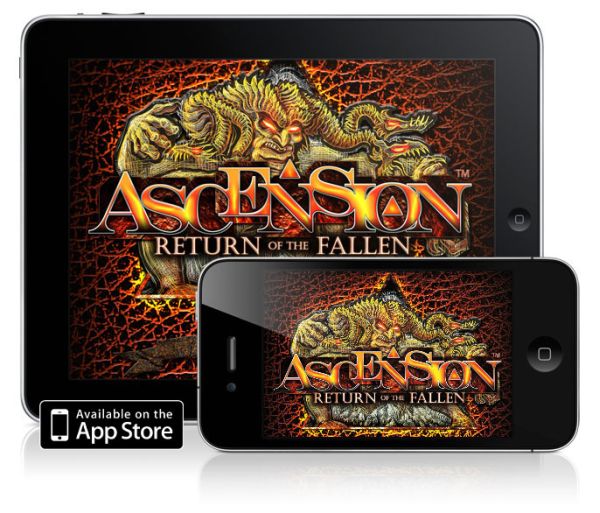 Playdek, a leading mobile video game publisher, today announced the release of Promo Pack 4 for the award-winning game Ascension: Chronicle of the Godslayer. The original Ascension base game is now free and players can purchase an “everything” bundle for $4.99.

Promo Pack 4 is a digital exclusive and introduces new cards, including new Heroes, a Construct, and a Monster. Gamers will enjoy new challenges with the Ascension Temporal Excavator (Mechana Construct); defeat random Monsters from the Void with the Eternal Tormentor (Void Hero); and need extreme caution with the Explosive Swarm (Monster) that duplicates when a Hero or Construct is taken from a spot next to it.

The $4.99 Ascension Bundle provides six expansions in one, including Return of the Fallen; Storm of Souls; Immortal Heroes; Promo Pack 1; Promo Pack 2 and Promo Pack 3.