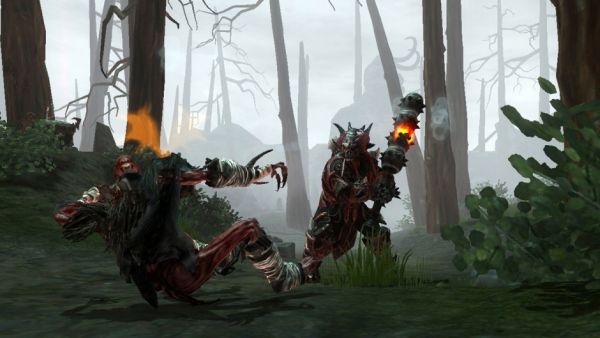 Today, the gods have unleahsed Caos onto the world of PC Gaming. Signal Studios is proud to announce Ascend: Hand of Kul is now live and available for free download over Steam.

Ascend: Hand of Kul thrusts players into a brutal world where they wage war for their God as a powerful Caos warrior on a unique journey to Ascension. Destroy the spawn of the Titan, Ascend Champions to invade other player’s games, and tip the balance in the Crusade between the three Gods. But the greatest rewards require the ultimate sacrifice—your character.

“In bringing Ascend: Hand of Kul to PC, our focus has been on making sure we deliver a really fun and high quality experience,” said DR Albright, President and Creative Director of Signal Studios. “Releasing on Steam means we are no longer constrained by lengthy approval processes and can now provide a much deeper level of support for the game. We see Ascend having a very long lifespan and stand committed to working with our loyal community to improve upon an already solid foundation of core gameplay.”

Ascend: Hand of Kul on PC features improved visuals and a number of new combat enhancements providing a much more fluid experience over its predecessor on the Xbox 360. In addition to supporting the Xbox Controller, the game will feature a newly designed mouse and keyboard interface and Big Picture Mode on Steam. Players can expect the game to run on a wide range of system specifications; minimizing the barrier to entry on the PC.