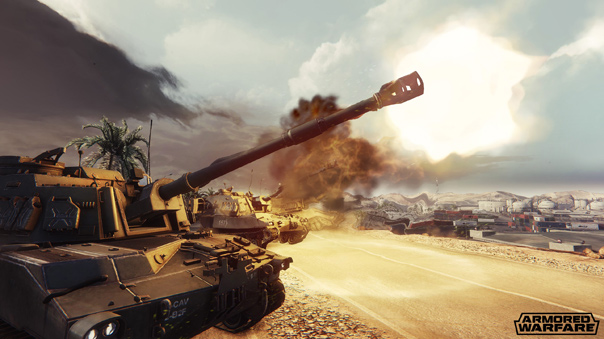 Back in February I was given the chance to check out Armored Warfare, a new game by My.com and was amazed by what I saw, but still had a few questions regarding the game. Much of the title was still theorycraft at the time, and we just had to take the devs at Obsidian at face value that they would deliver. This last week I was given a follow up opportunity to see that work in action, and the improvements were many. Obsidian Entertainment has listened to the feedback they were given after the first alpha stage, and in this second alpha stage they have implemented a new mechanic for the artillery tanks, giving the player a better way to play this special role.

I must admit that in the first alpha I never had the chance to check out the artillery based tanks. Mainly because I prefer the more aggressive approach when I have to destroy my enemies in an online shooter. It doesn’t matter if I am in a jet, on foot or driving a tank, there is this little voice inside of me that wants to rush forward and to end things at sword-point, so to speak. For those familiar with my first impressions, you know this style of gameplay is rather suicidal when facing off against the most advanced ground vehicles in human history. 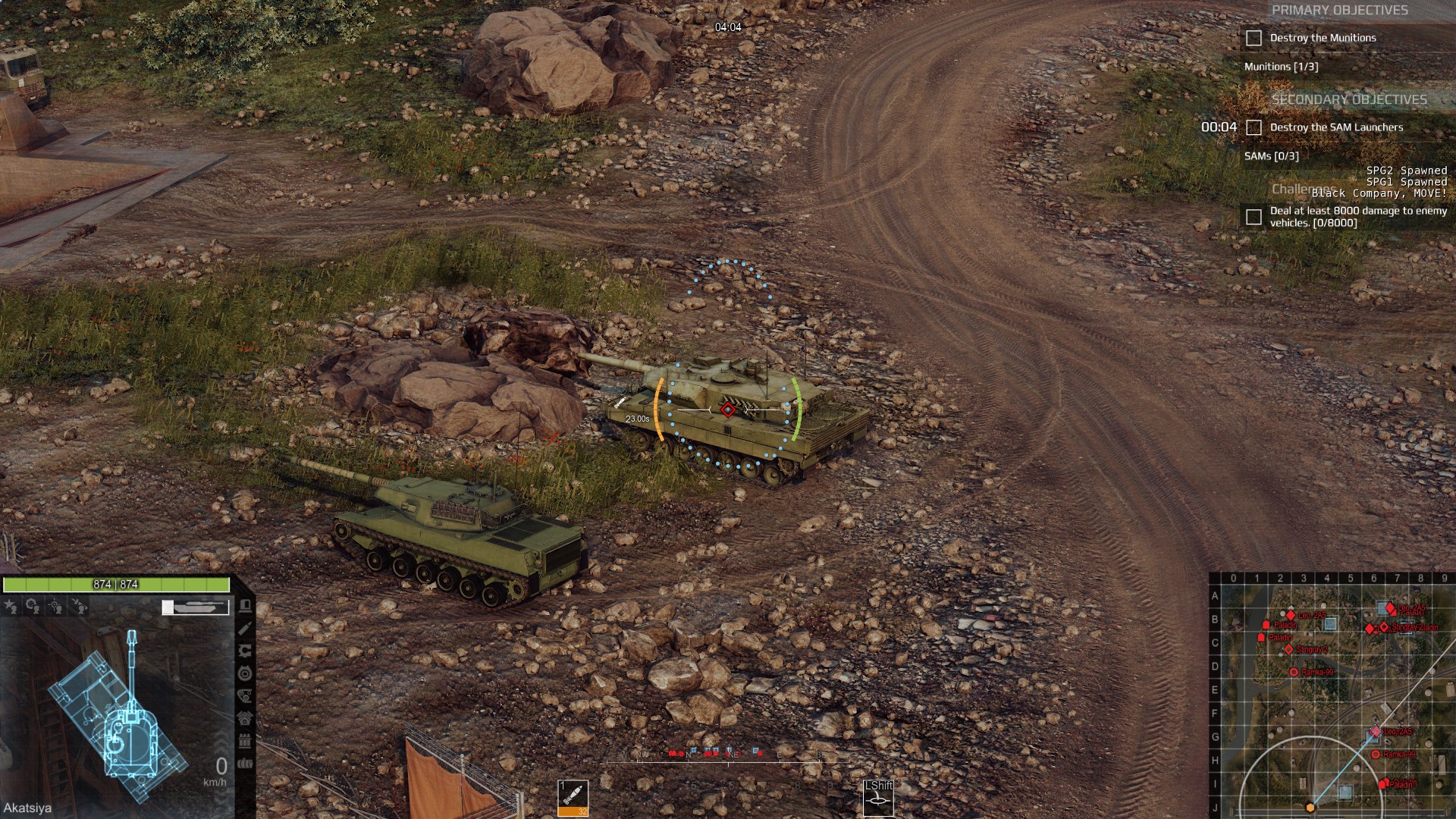 Armored Warfare is a game that has a slower pace than most simulation games I have seen, despite the blazing maximum speeds of the vehicles themselves. The uninitiated might mistake the experience for a more arcade-styled take on the genre, only to be removed from the game in the first round of fire. In Armored Warfare, strategy is survival whether you’re rolling in formation or sneaking around solo. This time around we were given a few premium tanks, to get us more familiarized with the higher tiered vehicles on offer. It was a nice change of pace, considering I was late to get into the initial alpha, and since the playerbase was so small, I found myself against insurmountable odds as the more hardcore players rolled out in their invincible fortresses. With everyone in this alpha utilizing the premium tanks, the matches were far more balanced, and the lacking fun factor rose with it.

Now that we were on equal footing, I was able to play a bit more ballsy without suffering instant losses. As such I discovered that while fast, even modern armors aren’t the most maneuverable vehicles. If you get rolling haphazardly and find yourself far from cover, the new improvements to artillery will remind you of your mortality rather quickly. Some matches felt akin to American Gladiators as each side slowly sprinted from one major cover point to the next, trying to minimize artillery damage while edging closer to the enemy’s base. On the plus side, death by artillery no longer feels like playing Russian roulette. The devs have acknowledged that dying out of the blue isn’t fun, and now when you are targeted you get a little warning in your screen, especially useful if there is an artillery tank looking at you and launching a missile your way. You don’t know where you can go to dodge the missile, but you know for sure where you are now isn’t it.

So while this change makes life a bit harder for artillery players, its all the more rewarding knowing that your target knew the death blow was coming and still failed to escape. Granted on most maps you have three or so seconds until impact, so good luck reacting effectively without dumb luck. Though once I steeled my nerves, I recognized that the incoming missile blips on your mini-radar while en route, tipping off the location of the artillery player should you survive the barrage. In essence you need to play a bit lazy eyed, watching out for both incoming heavy tanks, and potential radar missiles at all times. 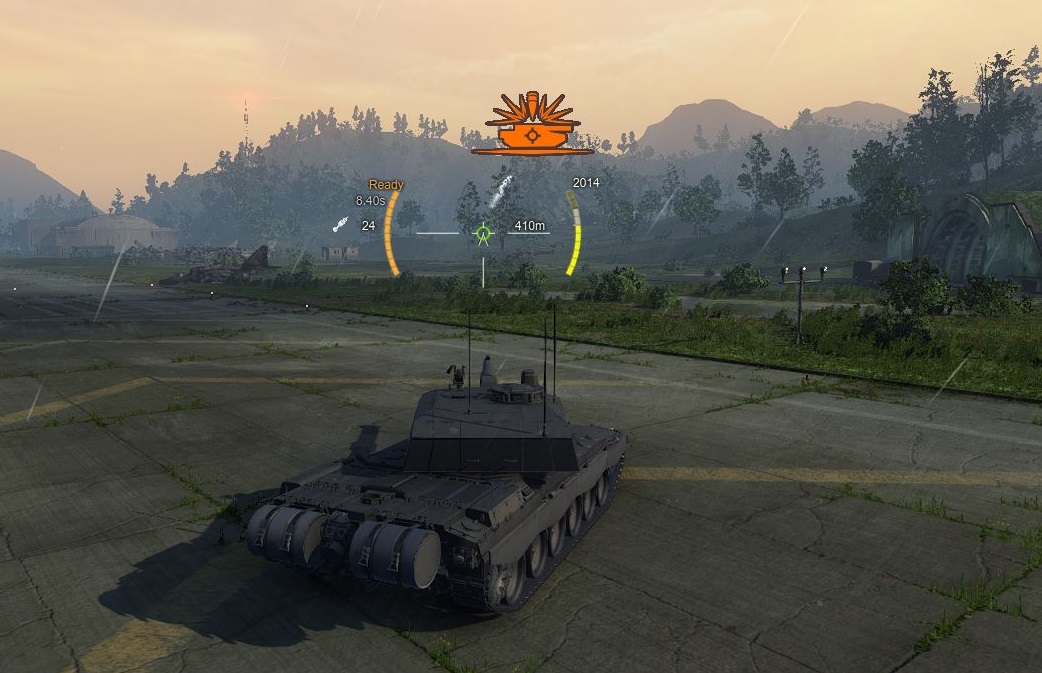 This is what a dead tank sees before exploding.

The artillery tanks play different than normal tanks; instead of slowly advancing as heavy tanks or spanning the outskirts in lighter speed vehicles, you sit tight playing with your unique camera view. With the use of your mini map you can see much further than any other tank and must constantly scan for unwary victims. If you have positioned your tank properly, you will see a circle on the camera view at the location that you’re aiming. Depending on the distance, it could take a few second for your artillery to drop, but you obviously need to account for that. You should also make sure no buildings are in the way of your artillery’s flight path, as I missed out on countless easy kills because I was unaware of the terrain between my target and myself.

Since I had multiple days to test this time around, I got to experience the progression system to see how exactly your Crew works. When you play well enough in one tank, and keep playing it, you will eventually notice that your crew has acquired a lot of experience from their hard work. They can then be leveled up to improve some abilities of your choosing. Each crew member has their own specific boosts. For example you can have your gunner reload faster, and the driver move the tank faster. This neat little feature should help give every player that little bit of individuality amongst the scrap metal. 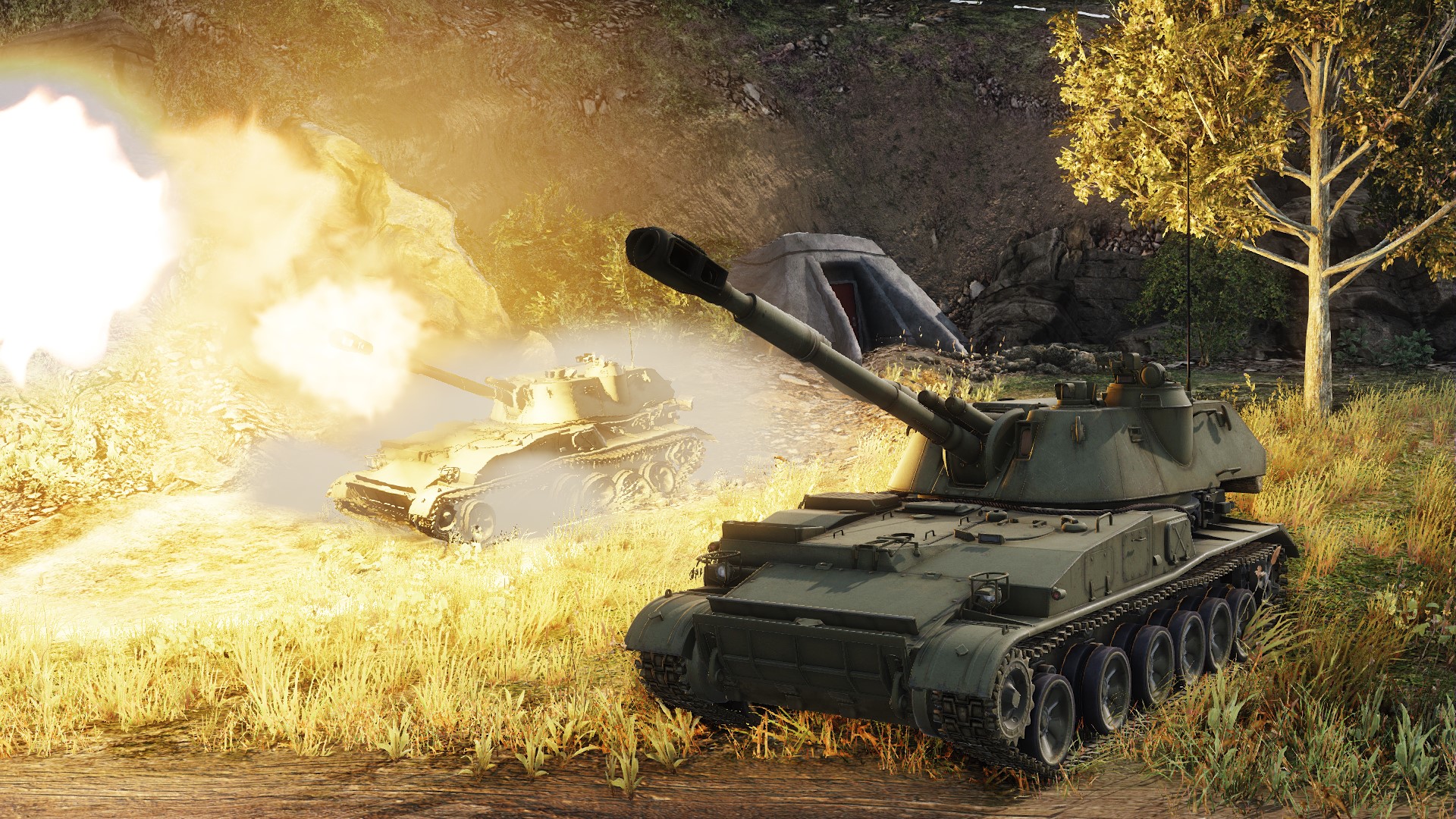 No matter which role I played in the second alpha, I felt like I could impact the end result of the battle. The extent of that impact seemed to be based on the inherent strategies that different missions and maps rewarded. On some maps you simply cannot just rush in front of the rest and hope for the best; you have to wait on a cliff and cover your allies with suppression fire to help each other advance safely. Slowly but surely you and your team can move forward and try taking over the enemy base. Or so it works in theory. The typical pug games in this early alpha revolve around one side rushing in guns blazing, and the defending side panicking and being overrun. A few times the then outnumbered rallied to punish the offenders, but these were certainly the minority of matches.

A few clearly veteran members of the alpha gave me hope that this wouldn’t always be the case. The real skill ceiling rears its lofty head when you realize how important ammo type and precision strikes on weak points can be. Knowing the strengths and weaknesses of each tank type, and capitalizing on them will take plenty of trial and error, and a whole ton of matches played. Even this knowledge isn’t enough, as most tanks tend to be strongest at their front, meaning you need to know when to move to outmaneuver enemy tanks to hit their flanks. Obviously you will deal the most damage from behind, but to get the opportunity you usually need to land a few good blows to their treads to slow them enough to make this a reality. Another viable strategy seems to be nailing offensive heavy tanks right in the turret. Though this is more of an all or nothing approach, as going toe to toe with said tank is almost always betting your life on your aim. I learned the hard way that trying to turn and run once in a face-off with such a tank only ensures your quick demise. 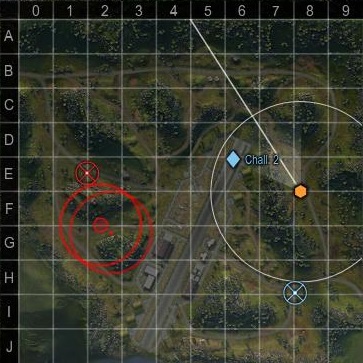 So far I’m enjoying the improvements that I have seen from my previous test. Even though artillery were pretty rare in the initial test, I’m glad they got love to make them a key component of the game without being gimped or overpowered. The artillery feels way more balanced now, and tanks aren’t literally a sitting duck when an artillery tank has focused them. I said it once before in my first article, but Armored Warfare is a game that just sucks you in. The world feels like it is alive; you are actually fighting in a war and this can be seen with the helicopters and jets flying past you. Be it stormy or sunny, you have a job to do, and it is up to you and your team to do this successfully.