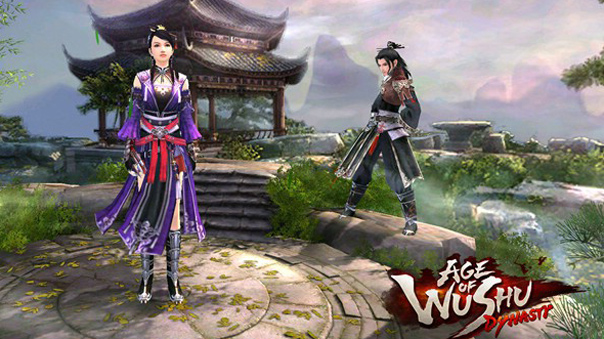 Snail announced the next chapter in its popularly acclaimed Age of Wushu title with the reveal of a new upcoming mobile version known as Age of Wushu Dynasty. Set to be available for iOS and Android, Age of Wushu Dynasty aims to capture the unique martial arts world of the PC MMO original on the mobile platform.

Age of Wushu Dynasty follows in the footsteps of PC title Age of Wushu, throwing players into a cut-throat martial arts underworld known as “Jianghu”. The game combines elements of the original title with those of Snail’s more recent mobile gaming titles, such as action dungeon crawler Taichi Panda launched earlier this year. “We want to create the same feel as Age of Wushu, which was very popular for PC, in a mobile platform,” said Snail Games VP Jim Tsai. “That has meant adjusting some of the gameplay mechanics to optimize for mobile devices, while keeping the inspiration and the design principles the same to create a unique martial arts adventure.”

Age of Wushu Dynasty builds on the innovative features of its predecessor as well as adding new mechanics designed with mobile in mind:

Age of Wushu Dynasty is currently in development, with NA release planned for later this year. Check out the official website at http://aowd.snail.com/.