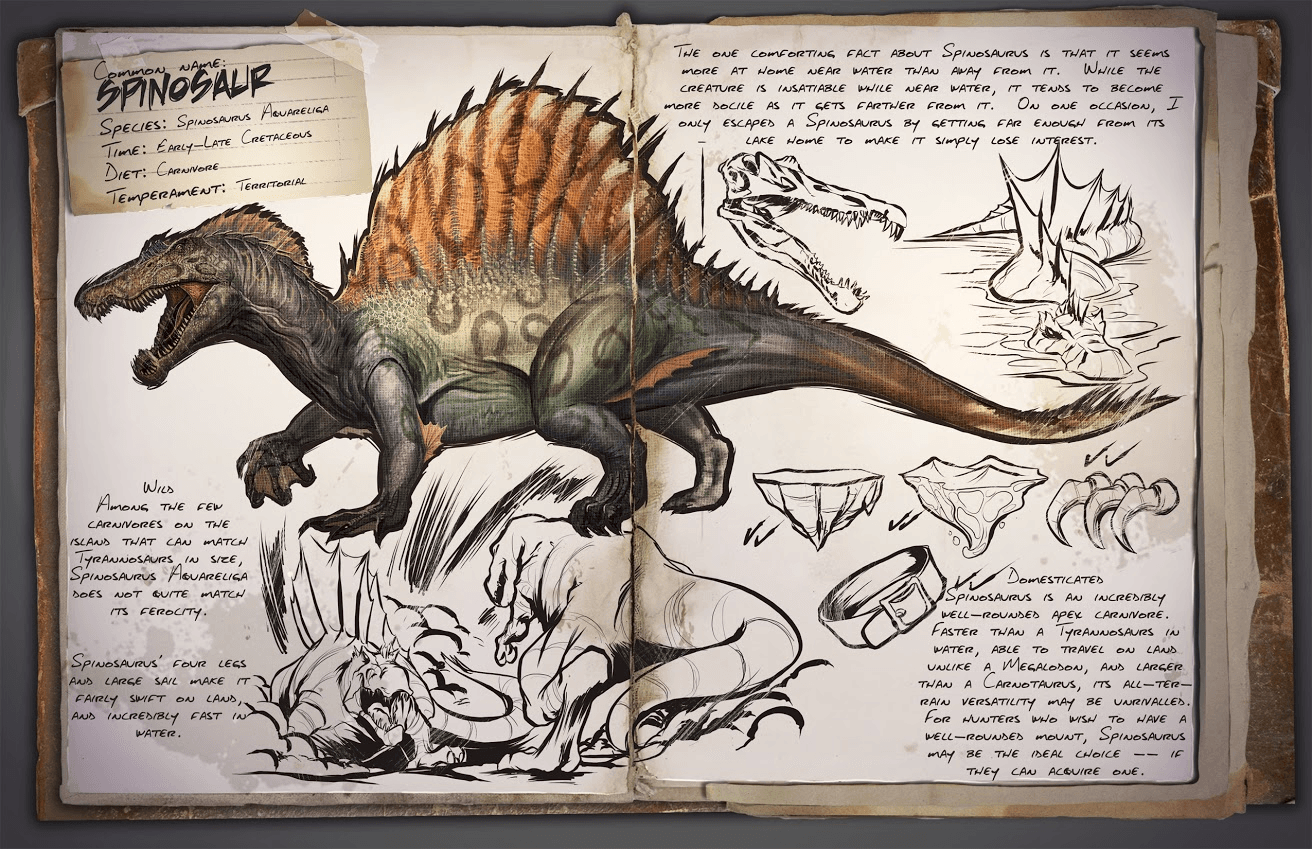 Hello ARK Survivors! ARK: Survival Evolved has become the fastest growing Early Access title and most-played open world survival game ever due to our wonderful fans! Over the first week the game has seen nearly 450,000 units sold and more than 64,000 concurrent users amassing 6.5 million hours of game time. ARK survivors have shared some amazing pictures, tweets and videos of in-game creations with us.

During “Jurassic ARK Week” Studio Wildcard is hosting fun events, contests and releasing new in-game content to thank everyone for making ARK a success. You have the chance to win a Fandango e-gift card during a daily screenshot/video contest, as well as submit amazing Jurassic-themed memes.

On Friday we’re having an ARK-wide special event to coincide with the release of the latest movie from the best-selling franchise, Jurassic World! On that day the ferocious and versatile Spinosaurus will start to stalk the waterways as an awesome all-terrain combat mount. Also, for one week only you’ll be able to acquire special Jurassic-themed cosmetic items dropped by high-level predators.

Day One “Coolest Human-Dino Pair” saw great fan participation – you know how people say their pets represent who they are? These pairs are obviously soul mates. Here are today’s winners: