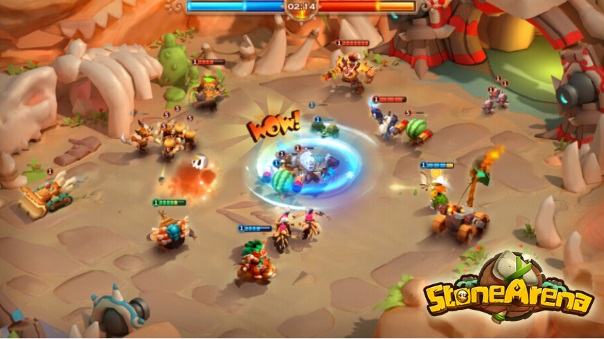 37Games has recently announced their new RTS mobile game Stone Arena. Developed by Gametopia and will be globally available in July on both Google Play and the Apple App Store. Stone Arena is a 3v3 brawler that offers a user-friendly design as well as hard-core gameplay and gameplay strategy on top of that. Winning sees players destroying the opponent’s fort in an arena battlefield, and battles promise to be intense, fast-paced but never easy. Players will not have to worry about being timed out in Stone Arena because after 3 minutes both forts be under sudden death’s Hellfire attack until the fort’s HP drops to 0. There’s no time to kill the clock, and players will need to unleash their full strength against their foes. Heroes in this MOBA are not bound to equipment and synergize well with each type of unit to create an endless possibility of lineups for your team. From Tina the Siege Master, Diego the Bio-Tinkerer, Avina the Shamanic Beauty, each one is unique and offers their own unique, special skills so that players will have something to build their dream team.