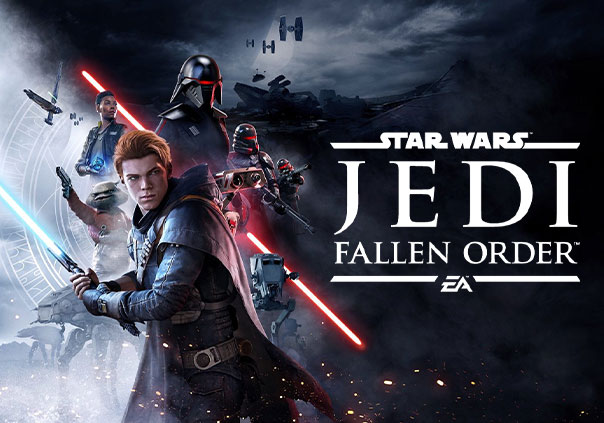 Star Wars Jedi: Fallen Order is an upcoming action RPG that takes place in the Star Wars universe between the third and fourth movies.

After narrowly escaping the Jedi purge, you’re on a quest to rebuild your fallen Order. Pick up the pieces of your shattered past and complete your Jedi training, all while staying one step ahead of the Empire and its deadly Inquisitors.

►Flee the empire as an all new character, Cal Kestis, who believes himself to be the last of the jedi order.

►An original story transpiring during the “Dark Times” of the Star Wars chronology.

►You’ll need to master all the tricks you can with your lightsaber if you wish to survive the Empire and their fearsome inquisitors.