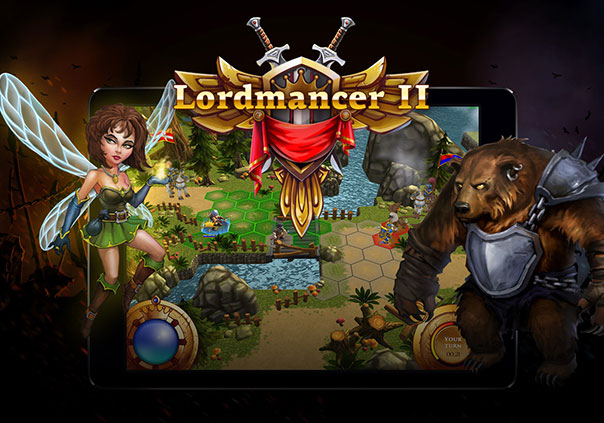 In Lordmancer II players can explore a huge game world that doesn’t tie users to any particular home town, giving them complete freedom in choosing where to go and when to experience both PvE and PvP content. Numerous beautiful arenas are ready to be desecrated in intense battles with engaging content, different types of units, and various magical effects.

While exploring the world players will be able to see, chat, trade, and fight against each other in real time, but that doesn’t mean higher level players will be able to take advantage of lower level ones. All players are separated according to their strength to avoid this situation specifically. Experienced players can create a clan or join an existing one to expand their potential goals and the level of their engagement. Clans can seize and own castles, but the number of castles in the world is limited which leads to conflict between clans over ownership of these massive structures.

The world is also flourishing with a market that has more ties to the real world than you know! Players can level up their characters to craft even more valuable weapons and artifacts that can be sold in the game for LordCoins (LCs). LCs can later be sold on a cryptoexchange for your choice of BitCoin or Etherium, giving you the chance to cash in on your in-game efforts!

With a vast world to explore and a market experience yet to be seen from a mobile game, Lordmancer II promises to deliver a unique experience to mobile gamers. Put in the effort and you might just become one of the biggest players in this distinct world!

I recently had a sit-down with Ilya Mikov (co-founder of Active Games) about their very ambitious in-development MMORPG, Lordmancer II.