Zen Studios and PlayNext Bring Deadpool to X-Men: Battle of the Atom 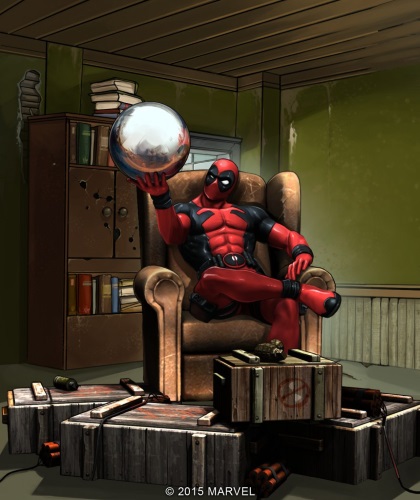 Zen Studios, the makers of the hit Zen Pinball and Pinball FX franchises, has teamed up with PlayNext on a collaboration for the ages! Zen Studios’ team of highly-acclaimed Marvel Pinball artists and designers are specially contributing Marvel hero Deadpool to PlayNext’s hit free-to-play card trading game, X-Men: Battle of the Atom, in a series of exciting new cards. The series includes five unique trading cards, featuring designs by the Zen writers and artists that crafted the fan favorite Deadpool pinball table, and will be available for a limited two week promotional run to Battle of the Atom players.

The new Deadpool cards feature exclusive art from the premiere Deadpool pinball table released in Zen’s popular pinball games, Zen Pinball 2, Pinball FX2, and Marvel Pinball. These cards will be free to all X-Men: Battle of the Atom players from March 11 to March 25.

During the promotional week, all players will be able to recruit the Deadpool cards by opening a limited-time mystery box with special points. Players can earn these points through regular gameplay, such as single-player missions and 20 vs. 20 multi-player team battles.