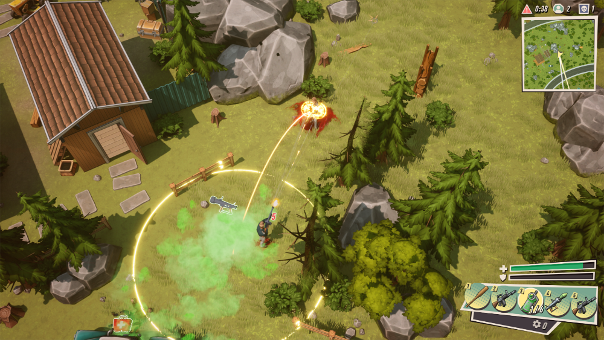 Alawar Premium and Blindfold Developers offer a new take on the Battle Royale for Steam, with the 1960s themed Watchers. Watchers is a free-to-play Battle Royale where 24 players do their best to be the last player standing. Where this stands out, after a player has died, they enter a unique surveillance mode, where they can help or hinder players, as they try to be the last one on top. These Watchers have a variety of nefarious means to influence the final outcome of the match. Players in this mode can:

In true Battle Royale fashion, there will be plenty of weapons to grab while on the go, but this Battle Royale can potentially stand out. It has a unique concept and look, plus it’s free to play. There is also a Battle Pass to pick up, which will have 86 cosmetic rewards across 60 levels. There will be character skins, melee weapons, animations, and more. Purchasing the Battle Pass also gives three skins right out of the gate (Special Forces), the “Howdy Neighbor” Sledgehammer, and a pumpkinhead gnome.