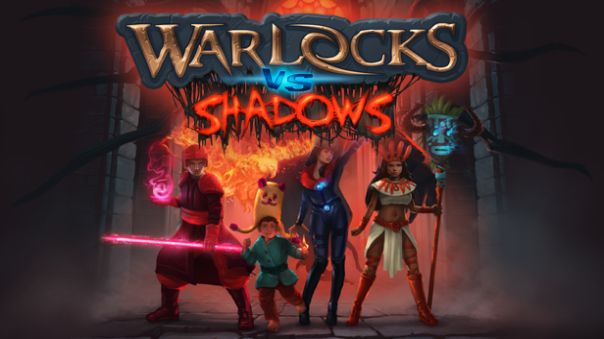 Recently announced by the development team of Warlocks, the 2D action RPG: During the first week on Steam the game was selling better than Far Cry 4, Assassins Creed Rogue and This War of Mine. That’s quite a success for One More Level and Frozen District – independent Polish teams working on the title. Gamers enjoy the game massively rewarding it with almost only positive reviews on Steam. On the other hand there were quite some complains about… the game’s title. So with the first update for the game developers decided not only to add several improvements but also change the name from Warlocks into Warlocks vs Shadows.

The decision was made to meet gamers expectations. Players pointed out that the name is a bit too general and with many other things out there having something to do with some kind of ‘warlocks’ (there’s a rock band of that name even!) it was sometimes a bit hard to immediately find information about the game. So to avoid further confusion and to show that gamers’ opinion is important to the team, developers decided to turn Warlocks into Warlocks vs Shadows.

We believe that the new name reflects better what the game really is. – said Radosław Ratusznik, One More Level Producer. You play as one of warlocks, you slay hordes of shadow enemies and you can do it not only in single player but also in a co-op mode. Also there won’t be any better time for this change as the game keeps getting gamers and media attention. So we wanted to use this opportunity and give the game a new name while it’s still in Early Access. – Ratusznik added.

The game is available on Steam: http://store.steampowered.com/app/330270 but only until tomorrow you can buy it 10% off, meaning 12,59 EUR. So go grab it, before the promo ends!