Villagers and Heroes Reveals Next Expansion and New Player Class 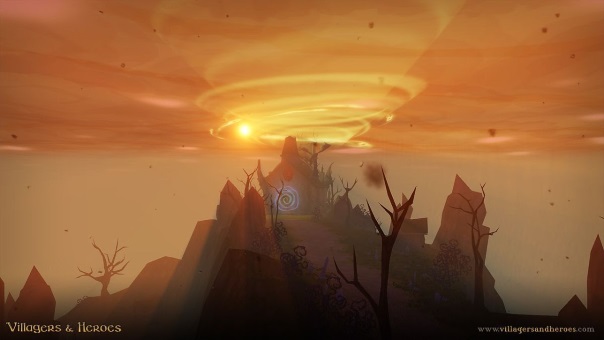 “A Tale of Earth and Sea” will be the next expansion to Villagers and Heroes, and with it comes a new character class. Previous to the reveal of the expansion, Mad Otter Games released several chapters telling the tale of two sisters Riona and Penn. The first chapter opens to the story of the two young twin sisters who are confined in the Grange, a rotting fortress prison filled with broken spirits. In this expansion, the Shaman class will join the playable classes and is heavily rooted in elemental magic.

Shamans will be skilled in offensive combat and support roles. Shaman players can choose from the more aggressive Earth attunement or the support-based Water Attunement. Wielding axes, polearms, and hatchets, Shaman sounds like they’ll be very enjoyable to play. Fans can continue to expect to learn more about features and game changes releasing with the ‘A Tale of Earth and Sea’ expansion as it’s chapter book novella concludes.