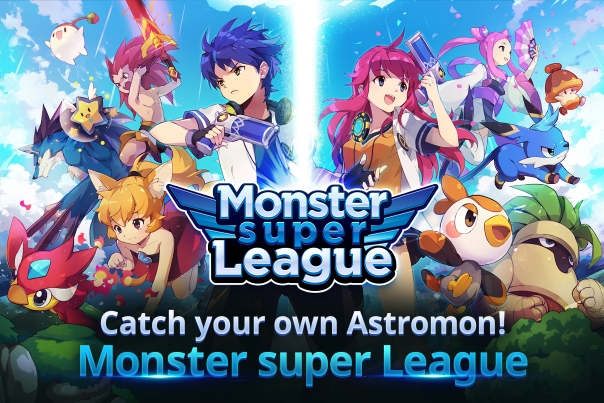 For fans of collection modern and classic, Monster Super League is a unique take on strategy RPGs, giving players the chance to journey through eight distinct regions filled with over 550 unique and lively Astromon to capture and train – each Astromon fitted different elements and combat styles. Players will assemble an army of the cutest of allies with Monster Super League’s on-field capture system, and evolve them into powerful forces to be reckoned with in the Astromon League using the game’s customizable growth system and sea of enemies to challenge.

Monster Super League is an extremely nostalgic title, reminiscent of 90’s gaming and popular series that paved the way for much of what we see in mobile gaming today. Monster Super League gives players a modern twist on the ‘catch’em all’ craze that so many gamers were and are fond of, and we excited to see the competitiveness of players grow as they fall in love their Astromon and work towards their development and growth in Monster Super League.