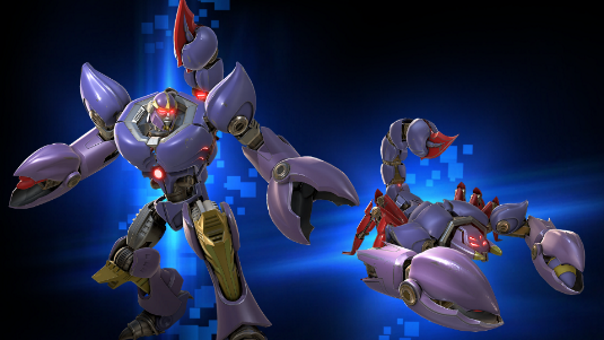 One of Megatron’s most loyal soldiers has arrived in Transformers: Forged to Fight. The mighty Scorponok from the Transformers: Beast Wars universe has come to do battle.  He is a Warrior-class Transformer and is strong versus Transformers such as Megatronus and Prowl, where his weaknesses lie in Grimlock and Shockwave.

“Scorponok’s seemingly slow wit contrasts sharply with his cunning and inventive nature. Fiercely loyal to his commander Megatron, Scorponok is one of the few Predacon subordinates that harbors no desire to usurp the lizard king.”