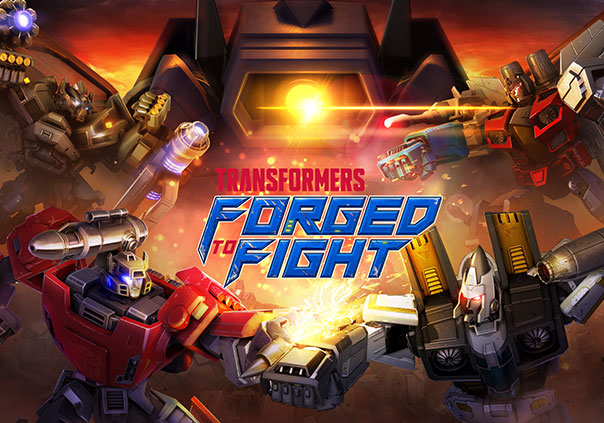 With so many kinds of Transformers to choose from you’re sure to find one that fits your playstyle. Take them into battle in 360 degree arenas with destructible terrain and take control of your Transformers to help them do what they do best. Devastating special attacks and ranged blasts are just the beginning to what these mechanical masterpieces are capable of when in a pinch.

When you’re not off fighting intense battles that doesn’t mean there isn’t anything for you to do. You’ve got a base to protect! Set up a gauntlet of your most powerful Transformers to protect your base and get revenge on others that dare attack you by raiding their bases in return. You never know what kind of loot you might be able to acquire for your efforts that will help you take on even tougher opponents.

You won’t be the only one trying to help your favorite Transformers succeed either! Other players will be working alongside you or to undermine you with just the same in mind. Team up with friends, join alliances of players, and battle in global events to show off just how strong you’ve become.

With Autobots, Decepticons, Predacons and Maximals all coming together in one game to do battle there is sure to be action around every corner! Bring the heroic storytelling and spectacular action from over 30 years of Transformers history to your mobile device today in Transformers: Forged to Fight.

One of Megatron's most loyal soldiers has arrived in Transformers: Forged to Fight, the mighty Scorponok.

The mighty leader of the Decepticons, Megatron, is now playable in Transformers: Forged to Fight.

Today, V. 4.0 of Transformers: Forged to Fight by Kabam is now live! Act 3, Chapter 3 of the Story is unlocked!