The Grand Tournament Comes to Hearthstone This August 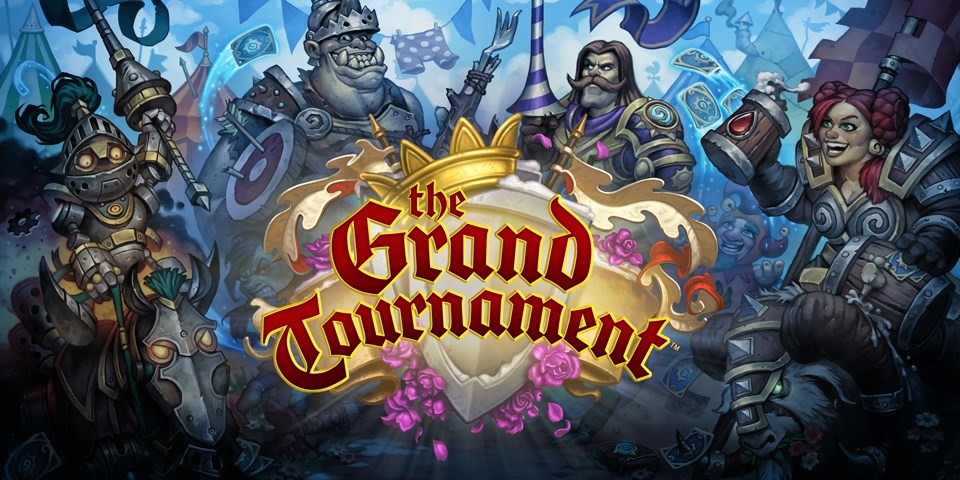 Excitement is in the air as brave champions hailing from the icy reaches of Northrend to the deserts of southern Kalimdor ready their lances for battle. This can mean only one thing—The Grand Tournament™ is soon to begin! Let it be known throughout the land that the upcoming expansion to Blizzard Entertainment’s Hearthstone®: Heroes of Warcraft ™ will bring knightly combatants together from all over to prove their martial prowess. All told, The Grand Tournament will welcome 132 noble cards to the (round) table as well as introduce an all-new keyword—Inspire.

The Grand Tournament transports brave Hearthstone  duelists to the frigid continent of Northrend, where the heroes of the Argent Crusade once held a tournament to coax out Azeroth’s greatest fighters—and prepare them to battle the undead legions at the icy heart of the realm. The Lich King’s evil has been vanquished, but that doesn’t mean the jousting has to stop . . . the competitive atmosphere’s just a lot more playful (and a bit warmer) than it used to be.

When rallying new recruits to their cause, players will notice that some of these knights possess an all-new keyword—Inspire. Minions with the Inspire keyword have a special ability that can only be activated by using the Hero’s Power. This means that Hero Powers now play an even greater role in strategy, as they can be used to inspire some minions to reach their full potential in battle by calling reinforcements, restoring health, and much more! Players will want to use these minions wisely to give their play the perfect boost!

Coming this August to PC, Windows, iOS, and Android™ tablets, and mobile phones, The Grand Tournament card packs will be winnable in Hearthstone’s Arena mode and purchasable with in-game gold or real money at the same prices as Hearthstone’s other card packs. Starting next week, anyone ready for battle can pre-purchase The Grand Tournament card packs in a special 50-pack bundle, on any platform, for a one-time price of $49.99 (one purchase per account) up until release. Doing so will reward them handsomely with a triumphant new card back . . . and the unbridled joy that can only come from opening dozens of card packs when the Grand Tournament begins.

To read up on all things related to  The Grand Tournament, visit thegrandtourney.com