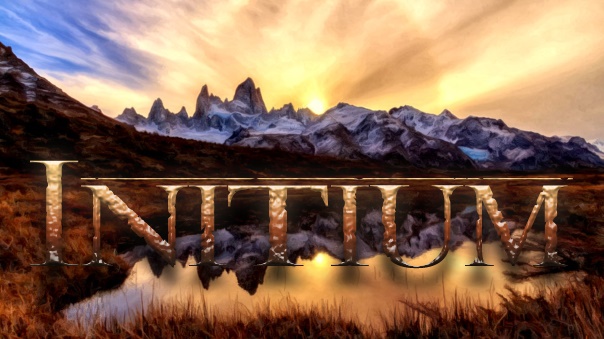 Text based gaming goes way back. The popular Oregon Trail game best known perhaps for its Apple IIe incarnation was in earlier formats a text based game. Later there were such titles as Colossal Cave Adventure, Dungeon, and perhaps one of the best known text games, Zork, which was featured heavily in the original novel that the movie Ready Player One was based on. Later in 1978, a game called Multi-User Dungeon was created on mainframe computers that would take up entire apartments to house today. In my own Jr High and High School years I discovered BBSes, and through them text based games such as Legend of the Red Dragon (LORD). Later MajorMUD and Telearena were the fixation, and then internet MUDs. 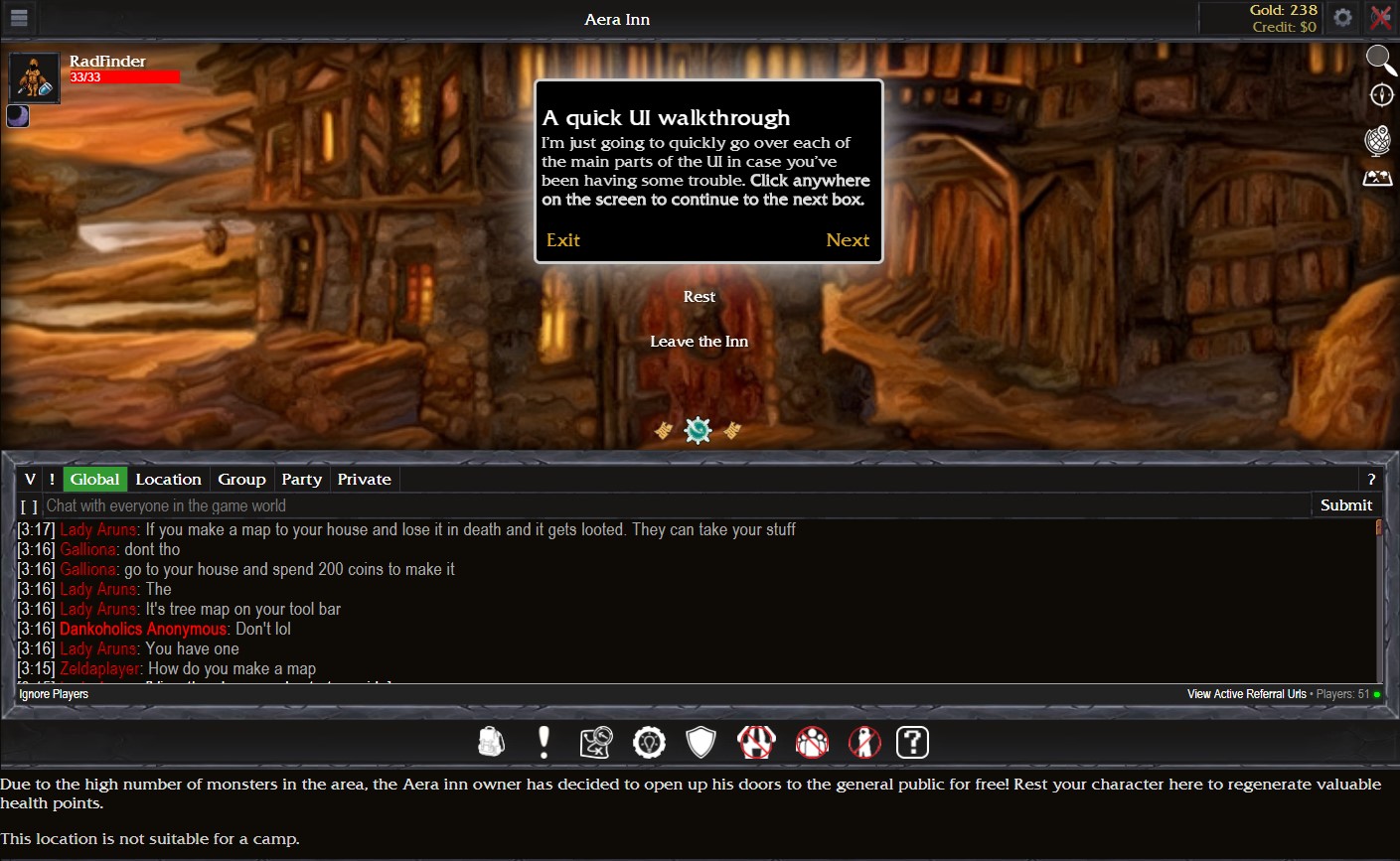 Fast forward to 2018. This year we’ve seen Spider-Man for PS4, Red Dead Redemption 2, Fallout 76, and a whole plethora of games with stunning graphics and visuals. Yet, in tiny pockets of the internet exist dimensions of gaming barely in 2D, where text still dominates and graphics are simple and understated, but that’s enough. It is in one of these pocket dimensions that you will find the land of Aera. A game called Initium.

Initium to me holds many of the aspects of the MUDs of old, but it is complemented with enough graphics to give it a certain charm. Each area or “room” that your character occupies has its own attributes: a name, whether it’s indoors or outdoors, what is contained within the room – treasure, other players, or even foes to defeat. Each room tends to connect to one or more other rooms, sometimes obscured by secret passages, and sometimes doors, locked or not. You start for example in the town square of Aera, and from there you can travel to the Artius River, Aera Countryside, or the Northwest Hills. There’s even a very nicely detailed hand-drawn style map that you can access that shows these, and lets you travel to one at a click. 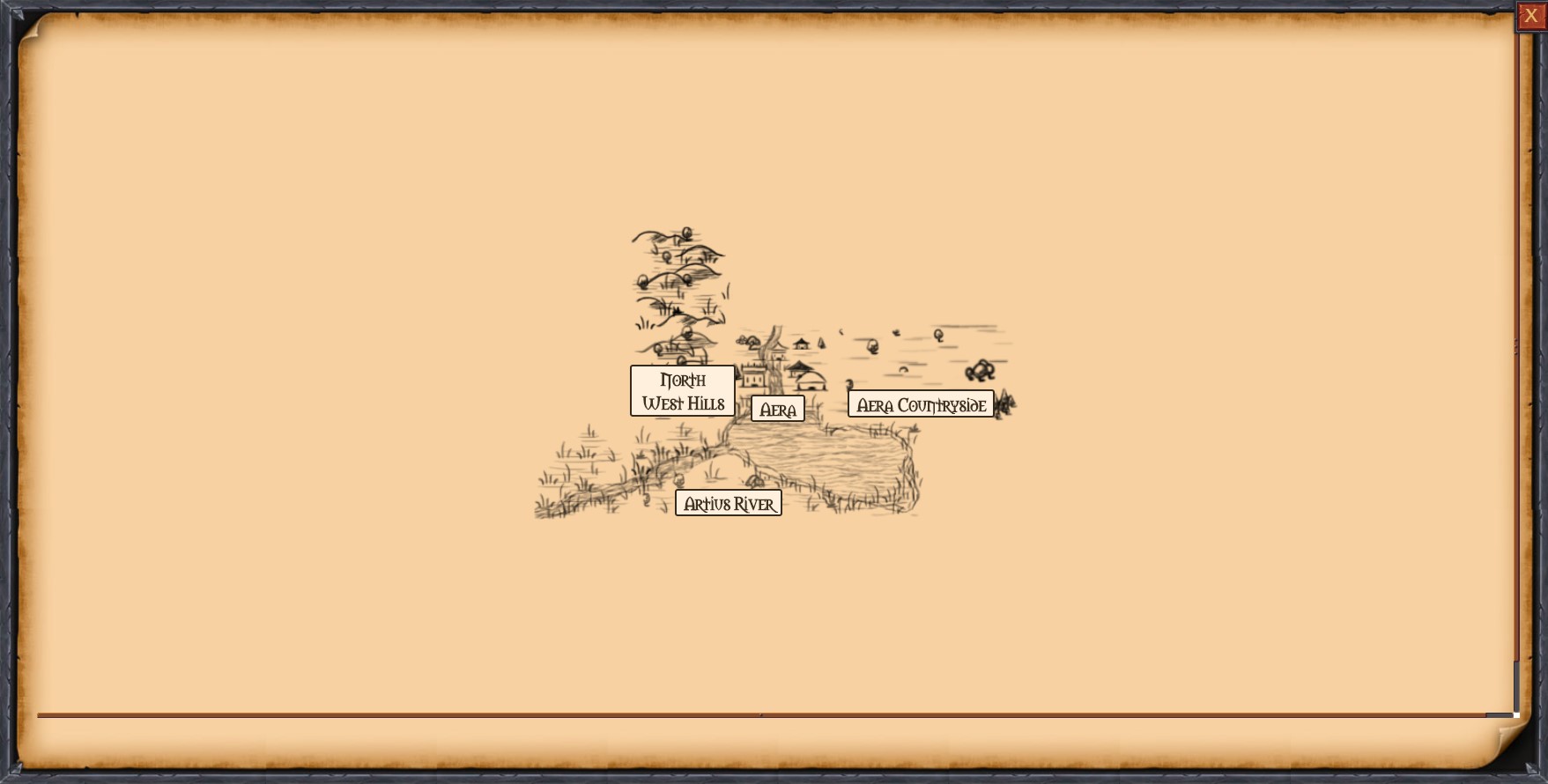 From here, Initium is really one of those games where it takes a moment to learn, but an age to master. The stat system is at its core rudimentary, every character starts with 5 in each stat, dexterity, strength, and intelligence. There’s no race selection involved. I don’t even think you particularly choose a gender. What is important, but less visible, is that each of your stats has a cap, and that cap isn’t known to you directly. Players have created guides though for discovering what your cap is for each stat based on how quickly you earn gains for the stats against certain monsters, specifically basic trolls.

That is the core of how your character advances. You don’t actually gain levels or earn experience. Instead, your stats increase. As your stats increase you can equip better gear. Better gear means fighting harder mobs, which means faster increases, and better gear. You can choose to make a hardcore mode character, and gain four times the experience rewards, but doing so also insures that you die as soon as you’re reduced to 0 HPs, rather than being knocked out, even if you’re a premium character (more on that later).

Gear itself is broken up not only by type, e.g. leather armor, but by rarity. So you might encounter grey leather gloves, white text leather gloves, or bronze leather gloves, with increasingly better stats. Later you’ll find items that are better yet with blue, purple and gold names. Mousing over items typically gives you a basic rundown of their stats, and clicking on them offers a more detailed window. Hardcore mode characters cannot use normal gear, but receive hardcore mode gear that has better stats. Softcore mode characters, however, can use that acquired by hardcore mode players, if they buy or barter for it. Note, too, that hardcore and softcore characters cannot be in the same party. 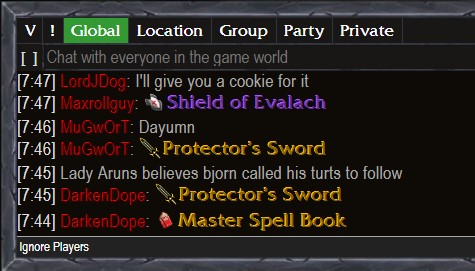 Inventory management is an aspect of the game, but you can eventually buy houses and fill them with chests to store all your loot. This loot can be shared between your own characters, provided they know how to get to the house, so you can use one character to level up another, to an extent.

In fact, using multiple characters comes into play in several ways. There are entire guides on it. That’s one thing I liked about this game in fact, is that there are several player written guides on a variety of subjects. The community is very welcoming and engaging. Before I had even spent more than thirty minutes or so on the game, one of the players had gifted me a premium account – before I even knew what premium accounts were about. Premium benefits are mostly pretty mild and convenience oriented, but probably the biggest thing is it allows for your character to be revived in the case of being knocked out. Non-premiums drop all of their gear and it will take some doing, potentially, for their remains to be found. 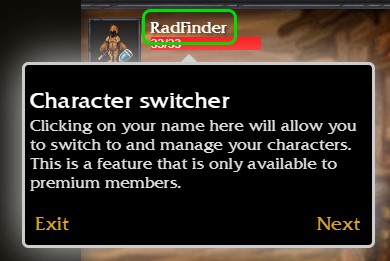 Really, there aren’t many non-premiums around that I saw, as it seems people are almost eager to gift premium accounts away. The cost of a premium account is a lowly five bucks, and is good forever for that character. Some players even have two or three premium accounts that they’ll play with at the same time. From what I’ve seen of the game though you could easily get away with not playing as premium, and not miss anything of great import.

My time with Initium was short, for the time being. I’m keeping the app installed on my phone, and the game bookmarked. I have a feeling it’s going to be my night time phone game for the foreseeable future. I can see why it has the devoted player base that it does, and even though it doesn’t have much in the way of graphics, it does have some. The music is quite pleasing, and the gameplay has many addictive qualities. Whether or not you have the same nostalgic remembrance of MUDs as I do, you’d be doing yourself a disservice if you don’t at least give Initium a shot. I give it 3.5/5 coconuts.