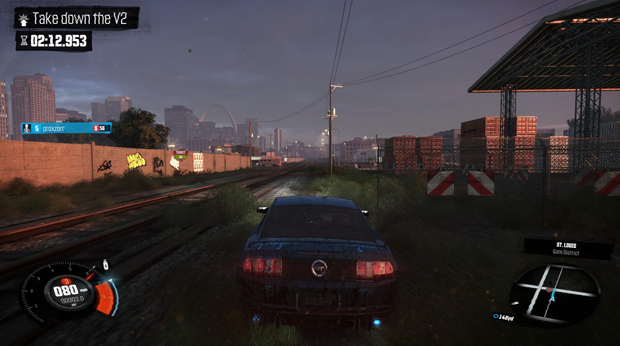 After many delays and open betas the racing fans finally have the long awaited, MMOCaRPG, The Crew. The game has been out for a few weeks now, though I’ve been busy racing from coast to coast for many weeks prior in the beta testing phase. Assuming Ubisoft saved the best for launch, I drove right into the action to check out all the changes and bonus content. In the last beta I had a lot of fun with my friends, racing against each other and touring the world that is made to resemble the United States. But this time, I decided to do things different…

But before I tell you about my experiences this time, let me give the uninitiated a brief introduction to what The Crew actually is. The Crew is a racing game in an open and persistent world. But it’s not just an epic sized sandbox with a buy to play tag on it. You follow the story of a driver named Alex Taylor through a roughly 20 hour campaign designed to introduce you to the various regions of the game, available garages, and a serious adrenaline rush. You, as Alex Taylor, will have to gain a reputation with the 510, a criminal gang that is controlling huge parts of the United States. Thankfully you have friends within the federal government backing your mission like something straight out of a Fast and Furious plotline. Scattered around the world you will find missions and mini games that you can complete for better reputation as well as a variety of car parts to upgrade your rides. In short, you have a racing MMORPG that not only puts past attempts at the genre mix to shame, it rivals single-player focused racing games in its gameplay quality, and my Nvidia powered PC visuals were breathtaking. 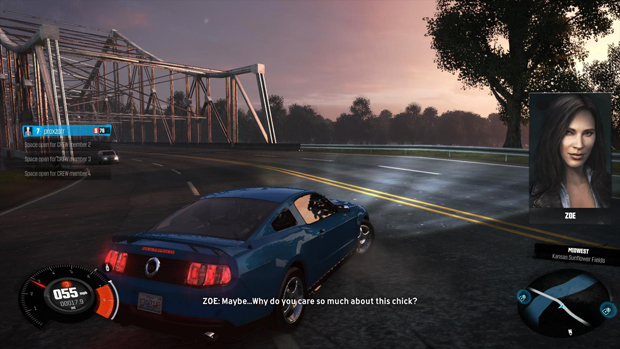 The last time I tried this game with my friends, we tried to do all the missions together. Most missions are designed with mechanics allowing you to do them with or competitively against each other, meaning this style of gameplay is ideal for getting maximum enjoyment out of The Crew. However, I wanted to see how the ever half lives to get a better idea of what The Crew offers for my review, and went into the launch as a lone wolf, seeking out strangers to ride with. I quickly discovered that there isn’t much in place to help you find people to team up with. That’s not to say that the skeleton of such function isn’t present. Once you get to a mission, the option appears asking if you want to try it in co-op with others, seeking out players in your region of the same level. Unfortunately this feature doesn’t work as well as I had hoped. I’m not sure why, but most of the time I never found any people to race with, and I didn’t really want to wait longer than five minutes for the system to work its magic in a game all about speed. In the end I found myself riding solo for a full day along the east coast before reaching the milestone letting you join a faction. It’s a nice little touch to try and bring people together, but again, it works better in principle than practice. The launch also brought with it the introduction of a chat function, but I have yet to see it be used. 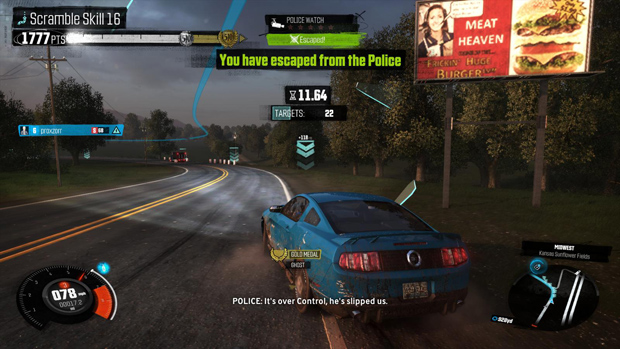 When you do however get matched up with other players, balance seems to be of secondary concern. Since most of the time you race against each other rather than together against the computer, you will need the fastest car to win. And even though you will still get a nice prize if you do not win the race, it is still a bit unfair that the guy with the fastest car has such a huge advantage. Obviously you will need to account for the fact that each track is different, and other components can play with the outcome, but more often than not both drivers will do decently well, resulting in the fastest car spec dominating. And this is a huge flaw with the current parts system; the parts system is a little funky. When you win races, missions, or mini games you get new parts. These parts immediately replace your old parts without visiting a garage or anything like that, and since in each new area there are a ton of mini games to do for new parts, people focusing on collection will always have an edge above those just trying to race. Thus purely fair races are a rare occasion. Rather disappointing for a racing game, as one car can be outright better than another within the same tier. 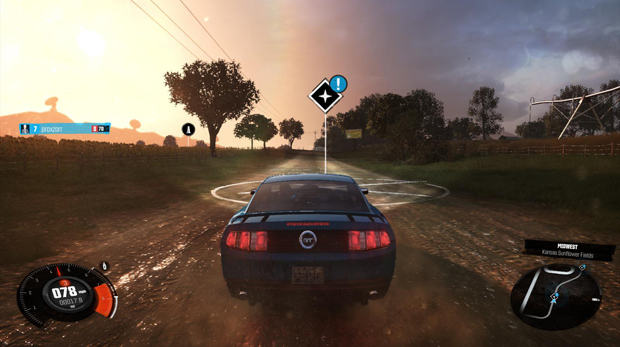 Just like in any racing game you can own a lot of different cars, but you need to be careful how you spend your resources to make the most of your second car. The primary concern is a car’s kit. Different kits are used in different races, such as a street kit benefiting you in big cities while a dirt kit covers you for serious off-roading. Dirt kits specialize in steering improvement when faced with sand and mud, whereas the street kit will falter when faced with the same challenges. Sure you can make it work, but after a few attempts you won’t want to willingly face this challenge any longer. While this is a fun system that adds more tactics to your car purchases, it can also punish idiots like me that jump for their favorite vehicle without concern for kit. In my case I went for an Aston Martin as my third vehicle, only after the fact to realize its a full stock car, a kit type I have yet to find more useful than my other kits on a variety of road types. But if I go touring on a mission free joyride, I at least have a beautiful vehicle to cruise in. And its hard to stress just how enjoyable driving aimlessly on long tours can be in The Crew. Since a lot of places are made after landmarks in the United States, some places will feel very similar, turning the game into a virtual vacation for an EU player like me that has yet to see iconic locales like New York and Las Vegas. My site’s editor pointed out that he even recognizes minor bridges in Los Angeles painstakingly placed in their appropriate locations.

Later in the game when you get to level fifty the real grinding begins, you will be able to grind for platinum parts. But other than that there is not a lot of things to do that you haven’t already experienced. That’s not a serious knock on The Crew. Any racing game is bound to get repetitive after a while, but the loss of the progression of leveling makes doing the same thing more boring at end-game. The beautiful scenery and graphics of the game make up for it though, and most of the time I’m having more fun just driving around than doing actual races against other people that have better cars than me and thus have the odds stacked on their side. I want to win races as well, but if I can only win if someone else makes a mistake, then there isn’t really a lot of fun involved. 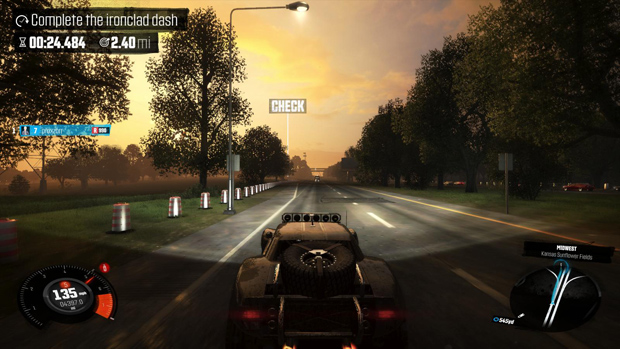 The Crew is a fun game. I wouldn’t say it is the best racing game I have ever touched, but definitely somewhere near the top of my list. The leading factors making it so enjoyable though are the MMO setting and beautiful recreation of so many US locations in one game. As it turned out that MMO rush is not as enjoyable if you’re going into The Crew solo rather than with friends, as complete strangers are hard to find and even harder to find in cars of comparable power to your own. The lack of options and effectiveness of the options present to get solo players into the MMO experience is the main factor holding The Crew back from a perfect score. If you love racing games you will like The Crew, but if you want to experience the full potential of the game, you definitely need a group of people to play with.