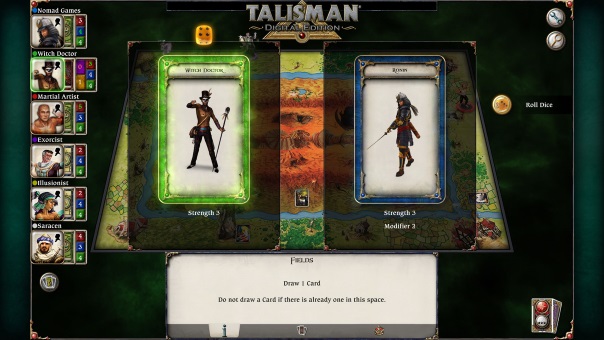 A free version of Talisman: Digital Edition has been released onto the iOS App Store as of today. It contains the full base game with multiplayer, cross-platform play, leaderboards, and the ability to transfer all expansions purchased on other platforms into this version. Though it is available only for a limited time, so iOS owners should snatch it up before it’s too late. A new character was released today as well on both PC and mobile, in the form of the Samurai. They are an interesting addition to the game since the Samurai has been unseen since the release of Talisman: The Adventure back in 1986. The Samurai returns to the land of Talisman to fight for the Crown of Command. Their time away has been spent mastering the martial arts, including Kyujutsu and Jujutsu. The Talisman team also plan on great giveaways and improvements this year, as they honor the 35th anniversary of the boxed edition of the game.