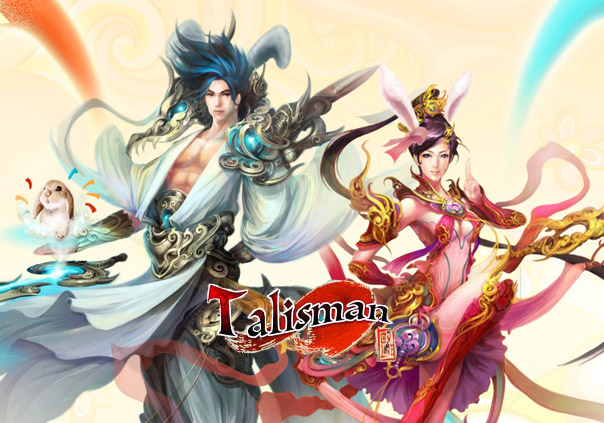 Talisman Online borrows heavily from Blizzard’s mega hit World of Warcraft but still manages to look and feel like an original game. Much of the interface, mini map and other small details are taken straight from WoW while equipment enhancing and auto-walk are new features that help Talisman Online stand out from the crowd of WoW clones. Though Talisman Online is an original and interesting game, it is a bit lacking in content. The game world is rather small and character customization is very limited. There are in total 5 classes and they are:

Wizard (male/female) – Wizards are masters of the arcane arts. They may have weak defense and low HP but they can deal massive damage with their spells.

Monk (male) – Monks are the warriors of Talisman Online. They fight with large weapons and inflict heavy blows. Monks have high defense and use stamina for their skills.

Assassin (male) – Assassins quick melee specialists who have low defense but high attack and dodge rates. Like Monks, Assassins use stamina instead of mana for their skills.

Tamer (female) – The Ranger class, Tamers excel at long ranged combat with their trusty bows. Tamers can persuade creatures of equal or lower level to fight by their side.

A free version of Talisman: Digital Edition has been released onto the iOS App Store as of today.