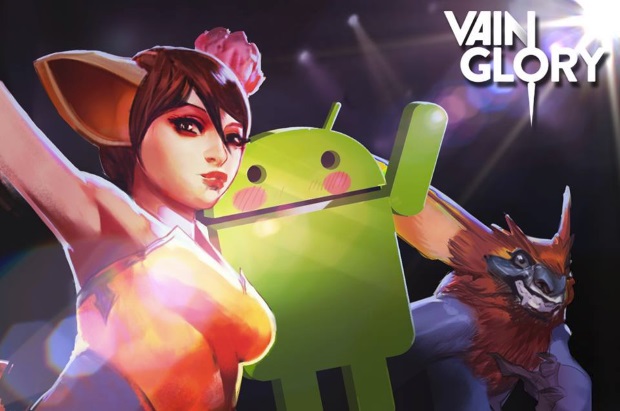 The developers of Vainglory, the MOBA perfected for touch that is revolutionizing the genre for mobile devices, today are launching an Android closed beta program. Players interested in jumping into the battle arena early may apply for the closed beta beginning March 5 here, which will be then followed by an open beta program. Vainglory has been praised by fans and critics alike with GamesBeat calling it “gorgeous” and TechCrunch adding that it’s “…a top-notch MOBA.” The game currently boast over 18 thousand five-star reviews on the App Store with players averaging over 75 minutes in the app per day. The beta program makes Vainglory initially available for a limited number of high end NVIDIA, Samsung Galaxy and Google Nexus devices for a small amount of external testers.

“Super Evil Megacorp is bringing stunning visuals and exciting gameplay to Android with Vainglory,” said Keita Iida, Senior Director, Global Content Management at NVIDIA. “SHIELD tablet is the ultimate tablet for gaming and Vainglory is a great example of how amazing games are coming to mobile devices.”

For players interested in checking out Vainglory for Android, Super Evil Megacorp will be hosting demos at the Twitch booth throughout PAX East in Boston from March 6-8.