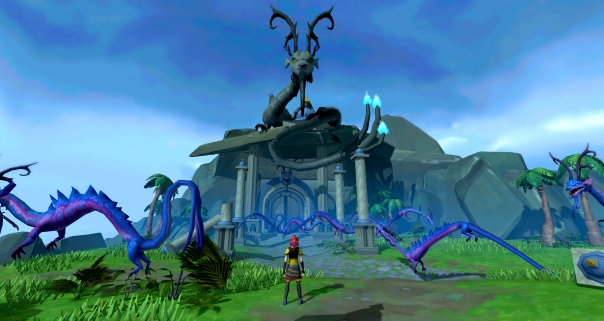 RuneScape is setting sail for a brand new continent this October – The Eastern Isles – and RuneFest 2016, the iconic game’s fan convention, is set to celebrate the upcoming Polynesian-inspired destination! Taking place on Saturday 17th September at London’s Battersea Evolution, RuneFest 2016 will take attendees on an epic journey across the seas to the new oceanic land of islands. Demand for tickets, which went on sale a fortnight ago, has meant the community event is approaching selling out in record time.

An initial segment of the continent, The Arc, is now available and contains the islands of Whale’s Maw, Waiko and Aminishi islands anchoring many other smaller islets. On these islands, the indigenous people have never heard of the player’s adventures, so gamers will have to start afresh, building back up their wealth and notoriety – even long-term players will be on a level playing field.

In addition to sharing further information about The Eastern Isles, RuneFest 2016 will see a barrage of main stage announcements, covering the latest news and future plans for RuneScape, Old School RuneScape, Chronicle: RuneScape Legends, and more. Festooned in the finery of the Eastern Isles, RuneFest attendees can expect to participate in themed activities, including a cosplay parade, challenges, Q&A sessions with key developers, meet and greets, a huge after-party, and a raft of other distractions and diversions.

We can’t wait to meet up with our fellow ‘Scapers at RuneFest 2016 as they join us for an intrepid celebration as RuneScape pushes new horizons. We’ll be showcasing the new frontiers of the Eastern Isles and announce some of new content heading to RuneScape in the year ahead. We’ll also be unveiling our plans for other games in the family, including Old School RuneScape and its ever growing popularity in the eSports sector, mobile versions of Chronicle: RuneScape Legends, and the upcoming 0.5-player game, RuneScape: Idle Adventures.

Lucky RuneScapers – and those looking to secure their journey to the Eastern Lands – can find further information about RuneFest 2016 by visiting www.runescape.com/runefest.