Another day, another online press event. This time we’re sitting down to hear the latest from the team behind Star Wars: The Old Republic. SWTOR is the WoW-comparable goliath from Bioware and Electronic Arts, and though the launch was bumpy, the team hasn’t stopped pushing out considerably meaty content updates and expansions. The community is solid, and while a number of naysayers have predicted the game’s demise, it shows no signs of slowing down yet.

Despite having gone free-to-play relatively soon after release, SWTOR has moved away from draconian free-player gameplay restrictions and embraced not just large content updates, but content that’s more lateral than linear in progression. They’re both working on expanding the game’s level cap and existing storyline, but also the amount of extra features and gameplay modes available – one such example would be the robust starfighter expansion, which was recently released and well-received. 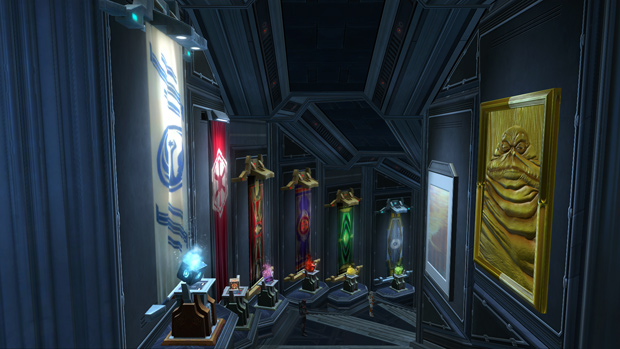 Now, we’re looking at content that the community has been after since the game’s release – player housing. But not just player housing. Massive guild flagships, planetary strongholds, AND player housing. Not just small, prefabricated rooms, either, but vast complexes with landing pads, secret rooms, outdoor areas, and more. I wasn’t really expecting much from the demo they showed me, but I’m pleased to report that the stronghold systems put in place with this expansion are more than adequate. They’ve vastly exceeded my expectations. 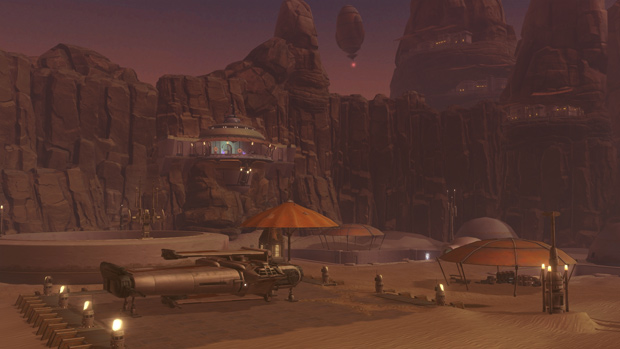 It begins with the standard fare – players purchase their apartment or stronghold for a number of credits (apartments are meant to be affordable as early as level 15), and then decorate them with furniture, cosmetic pieces, trophies, and even NPCs that they earn either through crafting, quest rewards, raids, and even PVP. And while players aren’t able to freely place their decorations, they’re able to utilize a complex ‘hook’ system to shift the placement of various size categories of objects in a grid within rooms. Once placed, the objects can be rotated 360 degrees and even moved substantially along an X and Y axis. This allows for extreme fine-tuning and control for even the most demanding and creative interior decorators, while disallowing wacky placements and nonsensical arrangements of furniture – chairs jammed into the ceiling, anyone? Let’s just put this statue face first into the wall and stick its legs out. Lolz, etc. Not allowed, says SWTOR! 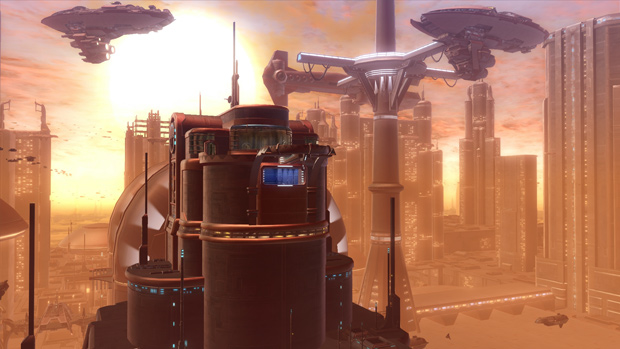 The art design in these apartments and strongholds, like the art design in every other aspect of SWTOR, is colorful, vibrant, and well-executed. The two apartments available to low-level players, which can be purchased on the respective Imperial and Republic capital planets, could not look more distinct from one another, despite having identical floor plans. One is a grey, efficient, brooding villa overlooking a rain-soaked city – I was astonished at the level of detail put into the water streaking down those tall windows. The other is a bright, opulent condo high above the clouds of a futuristic city, with ships whizzing by in ordered rows, disappearing into an eternal sunrise.

Players from opposing factions can even visit the apartments of friends on the other side – but they’ll have to pay a smuggling fee to get in, since Republic troopers can’t exactly march right into the capital of the Empire. Of course, Imperial Agents and Smugglers, the skullduggery classes of either faction, can smuggle themselves in for free. It’s this sort of attention to detail and loyalty to immersion and storyline that sets SWTOR apart from most of its competition. Of course, speaking on a purely mechanical level, the owner of any individual apartment has to allow for the visiting of both factions in their configuration menu before that’s even possible. Owners are allowed to decided who and what has permission to visit their home, and what they’re able to modify, if anything at all. 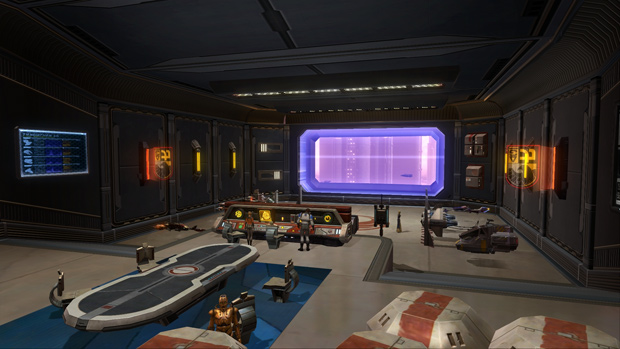 Guild flagships are just an expansion of this fine system. The flagships are very real, very LARGE capital ships that guilds can pool resources to take ownership of. Once purchased, it doesn’t end there. Players need to retrieve schematics to open up new levels of their ships (the engineering bay, the hangar, etc.) and build them accordingly. A fully-expanded capital ship would be bigger than most areas already existing in the game, and allow for fifty guild members or more to not just hang out, but travel the stars together. The ships are perfectly capable of warping to various planets and remaining in orbit. What’s the purpose of this? 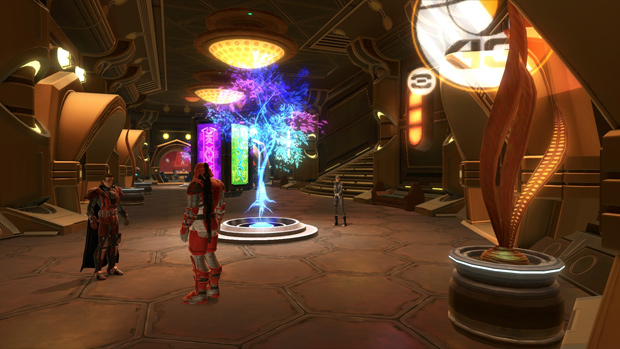 Well, players can actually participate in planet conquering PVP events, which involve the slaying of enemy commanders and NPCs to tip the scales in favor of one faction or the other. Given the huge number of different planetary conflicts, the SWTOR team has taken pains to ensure it won’t just be the biggest guilds on any given server that dominate the leaderboards on every single planet. It’s all quite up in the air. And if you want to really have an edge over your competition, investing some credits into activating your ship’s support systems will give your guildmates on the ground a huge buff. Friends on the ground can even call in a starfighter flyby to pummel important enemies at important moments in fights. Neat. 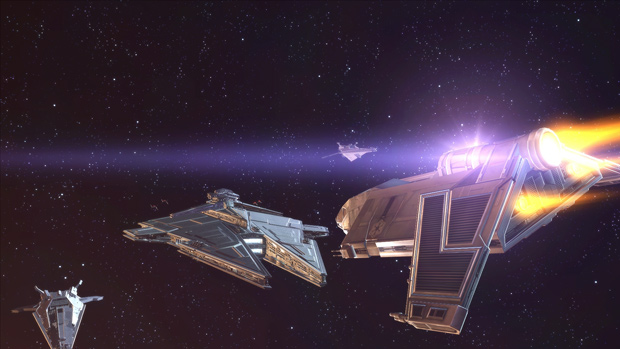 While it’s unfortunate that these features aren’t able to overlap with the recently added starfighter expansion, technical restraints have to be taken into consideration. The team has plans to link the various gameplay modes together as much as possible in the future, but for now, SWTOR is a feature-rich, if modular and instanced, title. The strongholds look fantastic, and will be adding some much-needed staying power to a game that’s wisely investing in its loyal community members, rather than counting on free-to-play turnover. 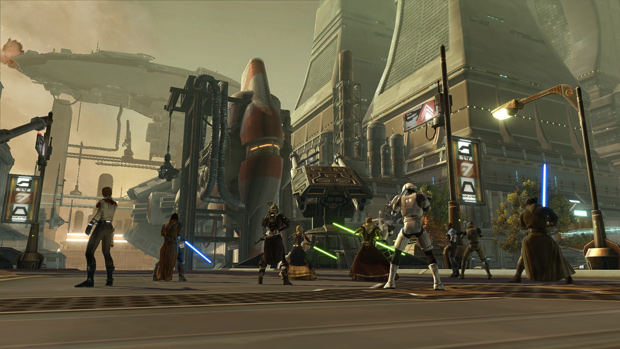