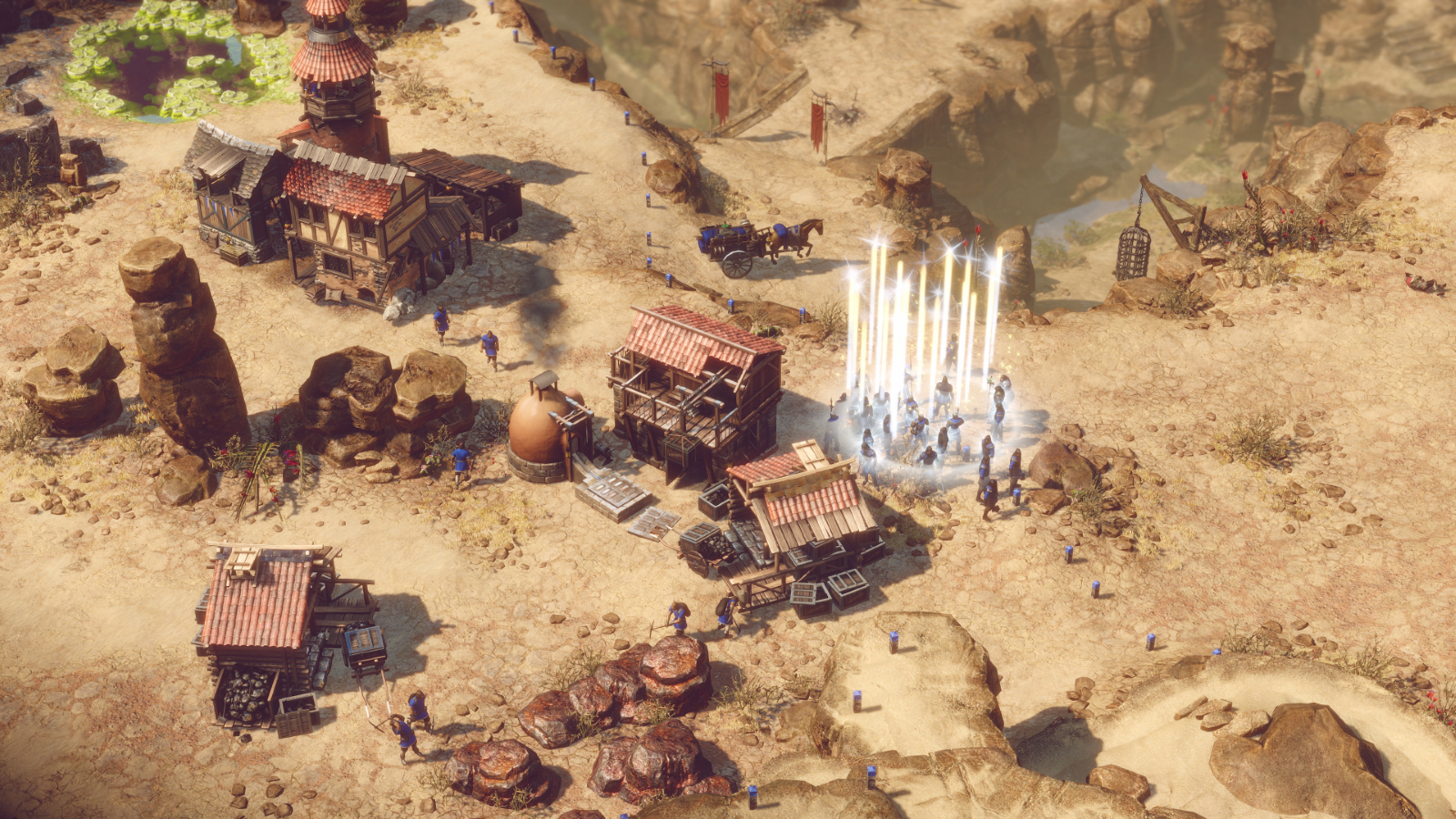 This year Nordic Games is going right back to the roots of the SpellForce saga with SpellForce 3, a perfect blend of real-time strategy and role-playing game.

SpellForce 3 combines the best of the two genres in the renowned SpellForce universe with a rich, deep backstory. The action takes place prior to the events in “SpellForce: The Order of Dawn”, and this “prequel” immerses players in the lush and luxuriant fantasy world of Eo.

Heroes and Quests
Similar to its successful predecessors, players create their hero from scratch and can then develop the hero’s skills during the campaign, complete quests, explore the game world and join forces with up to three characters to form a group of heroes.

Organic Growth
The map in SpellForce 3 is divided into different sectors. The player’s base won’t grow arbitrarily, but always organically. Concretely, this means that the player can only conquer sectors, which are connected to the base or other, already conquered, sectors. This is important because there is no “Global Economy”, but the distribution of resources will happen mechanically (resources are being transported via carts). The player can decide which raw materials he wants to collect, distribute and export in each sector and must therefore carefully plan where to build the sectors.

Sector Management
If for example, the player defeats all the enemies in a particular sector and the bandit camp is captured, he can establish an outpost in this area. The player can then construct buildings in the sectors, exploit raw materials (wood, stone, food, etc.), transport goods and produce resources to then recruit new fighting units. Each outpost has a set number of workers who can be hired, so a core element of the game is to balance the sector economy and manage the sector to ensure the most efficient deployment of the available workers.

Hybrid Gameplay
We don’t want to ignore the RPG component and want players to have the best gaming experience possible with SpellForce 3, so the micro management is not as hectic and fast-paced as in many other RTS games. Players can therefore enjoy both gameplay genres (RTS and RPG) in equal measure.