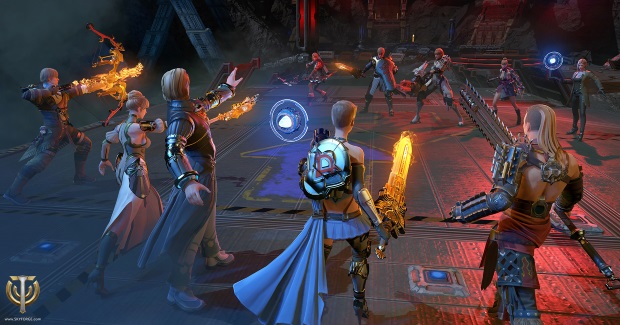 Today, Obsidian Entertainment given us the first details for Skyforge‘s guild feature, alongside new footage from an hour-long livestream.

Guilds in Skyforge are known as Pantheons. Pantheons require the founding of several members, and as they work together they can offer a home for hundreds of members. Within, a Pantheon is divided into sub-groups called Clans, each of which is headed by a Commander that holds the same authority as the Pantheon’s founder. By doing this, Pantheons can spread responsibility and ease the burden of leadership. 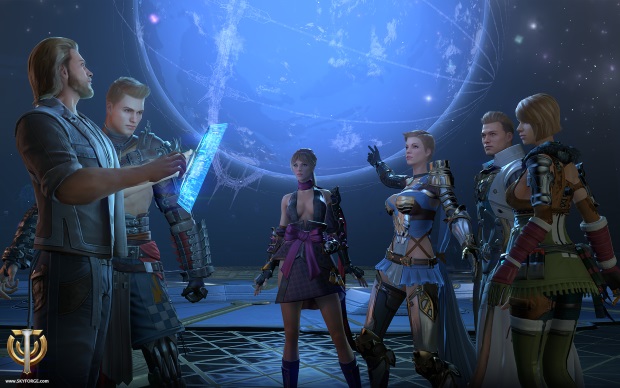 Pantheons don’t simply offer group benefits and social hangouts. Players also earn bonuses to their stats, new abilities, and useful items by contributing to the growth of their Pantheon. These bonuses can only be purchased by earning a currency through Pantheon activities.

Each Pantheon has its own base, called a Stronghold. The Stronghold is described as resembling a “traditional economics simulator”, letting players construct and improve buildings, conduct research, and more. Some of the features available are the Pantheon Chambers, which determine the Pantheon’s maximum size; the Champion Tower, which allows access to Pantheon Wars; and Distortion Analyzers, which let Commanders locate alien bases. 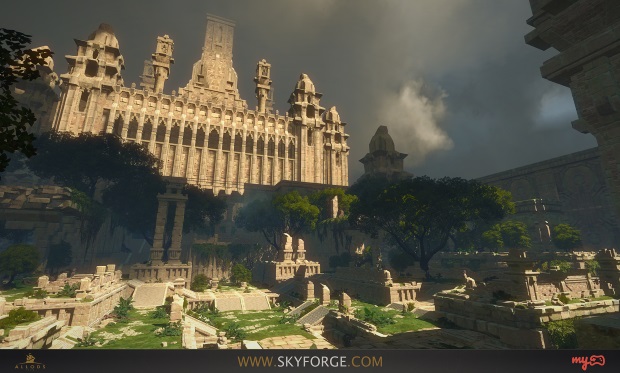 What are Pantheon Wars? These are weekly battles held between opposing Pantheons, and include both PvP battlefields and special PvE missions. 50 fighters are sent to PvP, while another 50 head into PvE trials. Winners will gain control of a specific territory, granting income and unique rewards including costumes, vehicles, and resources.

More details about the system can be found here. 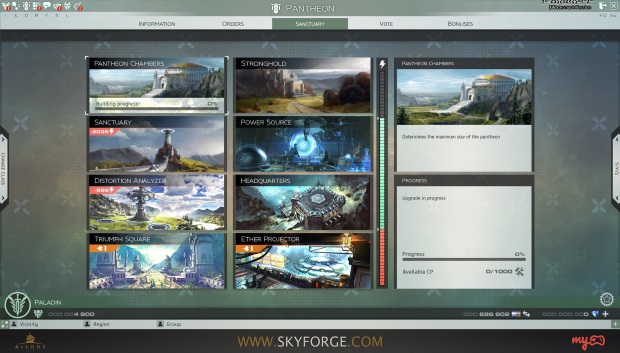 The livestream showcases classes, combat, abilities, the equipment system, and more, with Skyforge’s Development Director and Lead Community Manager offering commentary. You can watch it here.

Players wanting start their Pantheon early can sign up for the upcoming Skyforge closed beta via www.skyforge.com.