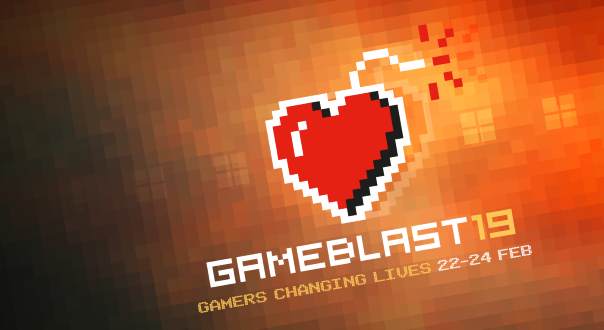 Gamers across the UK and beyond took on gaming marathons and game-themed events over the weekend of 22-24 February to raise money for the charity, who help people with physical disabilities to experience the fun and inclusion of video games. As well as the hundreds of individual gamers and communities, many major names in the games industry backed the event, including GAME, SEGA, Lockwood and Insert Coin, alongside a host of eSports teams, streamers and studios.

GAME and SEGA London Studios hosted major 24-hour streams, while across the country GAME stores and BELONG arenas brought GameBlast to the high-street, with charity promotions, auctions and raffles among the activities on offer to customers throughout the weekend. GAME were the top fundraisers and contributed over £30,000.

“It’s an amazing total that’s going to let so many more people enjoy the magic of video games,” said Tom Donegan, the charity’s Events Coordinator. “This year we’ve been blown away by the enthusiasm of everyone involved and particularly by the ever-growing proportion of support from individual gamers and gaming communities.We simply can’t thank everyone enough.”

The dates for GameBlast20 have been announced as 21-23 February 2020. Donations can still be made at the link below.