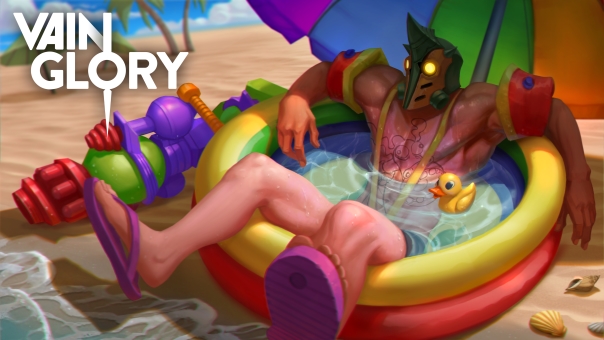 Vainglory, the world’s leading touchscreen esport, will hold its Summer Season Championship live events in Seattle, Washington, at Amazon’s downtown events center adjacent to PAX West, and Cologne, Germany at ESL’s esports arena. Tickets are available now for fans to watch each of the best eight teams from North America and Europe compete for the chance to be crowned the best Vainglory players in their region. The event will also be live streamed on Twitch, the world’s leading social video platform and community for gamers.

In North America, the Championships will take place September 2-4 at Amazon’s downtown events center in Seattle, Washington. The “Battle in Seattle” will be free for PAX pass holders on a first come, first served basis, with complimentary bus service from the Washington State Convention Center to Amazon’s event center. Non-PAX attendees can purchase tickets for $5 here.

The European Championships will be held at ESL’s state-of-the-art Esports Arena in Cologne, Germany, September 9-11. A limited number of VIP access tickets, which include a chance to meet with the teams and Vainglory developers, are available for purchase here.

For fans unable to attend the live events, the action will be streamed for viewers everywhere at twitch.tv/vainglory.

Sponsored by The Amazon Appstore, The Vainglory Summer Season runs from June 23 through September 14 and has seen participants compete in an entirely new, two-tiered competitive structure called “The Evil Eight.” Winning teams from the Summer Season have the chance to move on to the Championship this September and, should they win, qualify for the first-ever World Championship tournament taking place in December; during which the 12 best teams from around the globe will compete for ultimate bragging rights and the Vainglory World Championship title.