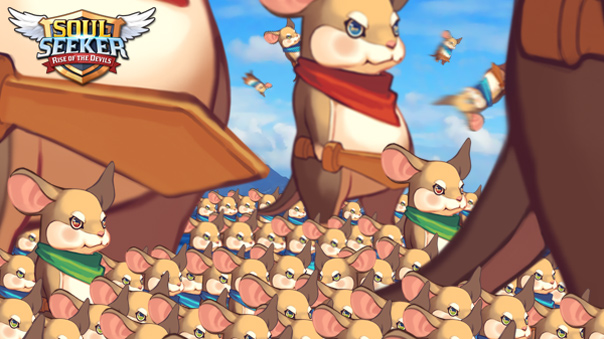 The Guild Battles will run on a weekly basis whereby player-formed guilds will be pitted against each other to earn points for their respective guilds. Guilds with the most points at the end of each battle period will be rewarded with new prizes for use in future battles. Players can form guilds comprised of up to 10 members and each player will choose a member of the opposing guild to attack. Players can attack twice during the battle period and each win will accumulate points for the guild.

The update also introduces two new high-level heroes with an all-new team bonus system. This new feature of the game is expected to enhance the dynamic of the gameplay and create an elevated user experience.-

“We wanted to bring a deeper social element to Soul Seeker with the addition of Guild Battles,” stated Casey Lee, Head of Com2us USA. “Social engagement has been a key feature of all of our recent titles and we have found that it has improved retention, keeping users coming back for more.”

In an effort to entice new players to the game, Soul Seeker is running a special event that rewards new users with 6-star heroes for reaching a milestone level in the game.

Soul Seeker is available for free on App Store and Google Play.