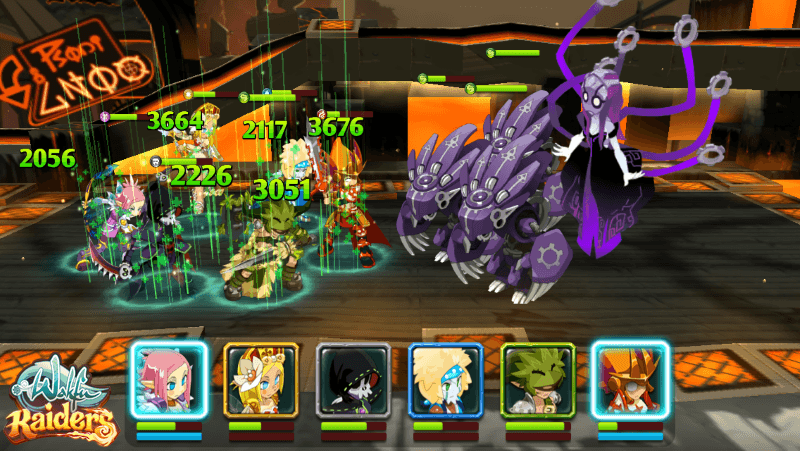 gumi, Inc. and Ankama are proud to announce its upcoming mobile role-playing game WAKFU Raiders, which is slated to arrive early this summer on iOS and Android platforms. The mobile RPG is being developed and distributed by gumi Inc. using the rich WAKFU universe created by Ankama. Pre-registrations are now open at wakfuraiders.gumi.sg.

In WAKFU Raiders, players gather powerful warriors and creatures to fight opposing forces using a unique combo battle system. As emissaries of the master Yakusha, players are tasked to investigate anomalies appearing all over the fantastical and colorful world of Twelve.

Camille Chafer, Chief Technical Officer and Co-Founder at Ankama, said: “Following the worldwide release of the WAKFU TV series on Netflix and the release of the MMORPG on Steam, WAKFU Raiders is a new opportunity to bring the WAKFU universe to more fans worldwide. This mobile game is a new branch in the transmedia experience that we are building with each of our releases.”

Hironao Kunimitsu, CEO and founder of gumi, Inc., said: “Having WAKFU Raiders on mobile is a great opportunity to showcase the wonderful WAKFU universe to a global audience,” Kunimitsu said. “We are honored that Ankama has given us the opportunity to create a game in the WAKFU universe using our talents in the mobile gaming field.”

David Ng, CEO of gumi Asia Pte. Ltd., said: “Our Singapore studio is excited for this opportunity to work with Ankama on their WAKFU franchise. gumi’s expertise in developing mobile role-playing games while staying true to the brand’s tone and style will definitely make WAKFU Raiders an incredibly fun and immersive experience.”