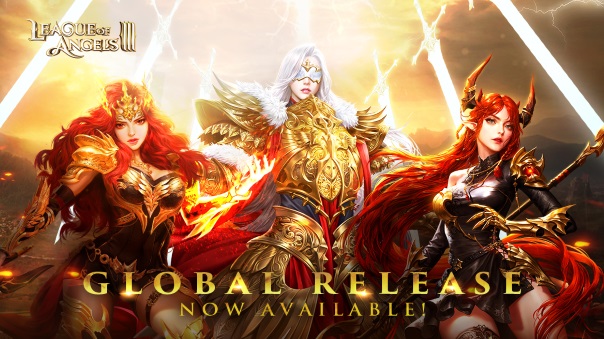 Yoozoo Games is proud to announce that their latest iteration of the League of Angels series has officially launched globally. League of Angels III is a turn-based RPG available around the world including native languages for Turkish, Polish and Italian users (German, Spanish, French, and Portuguese already accessible). The first Western server is also live in the form of Wildfang.

Upon global release, League of Angels III will also be expanding its features and content. Players will be able to take part in the cross-server PvP tournament Hero League soon for mythic equipment. A new 5-star legendary hero, Johanna will also be available along with a Divine Arma, a special legendary item. Players will also have a chance to rename the 100th server for League of Angels III by making it to number 1 in Battle Rating. An introduction into a new land will also be teased at upon release in Fairy’s Coming.