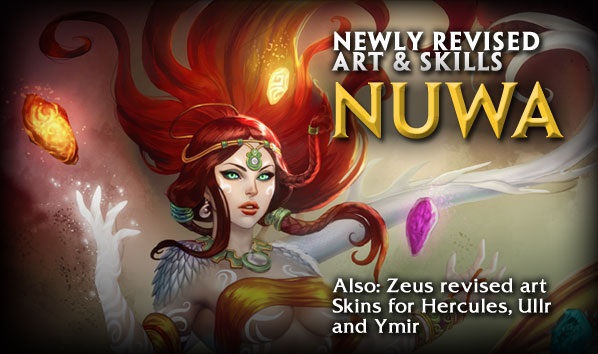 Today, SMITE has released its latest patch for the game, with the star of the update being a rework for the goddess Nu Wa, along with a visual redesign for the god Zeus.

However, the patch also introduces the controversial new Treasure Boxes. These purchasable boxes contain exclusive rewards – such as the Nuclear Winter Ymir and Derpules Hercules skins – as well as let players roll for any other treasure available in the game that they don’t already own. There has been some community backlash from this new item as it allows players to get convention exclusive skins; while some are glad to finally get their chance at these rare skins, others are bemoaning the reduced rarity of these hard-to-get items.

Icons have also been made to cost gems exclusively.

Patch notes can be read here. Tell us what you think about this new patch in the comments!