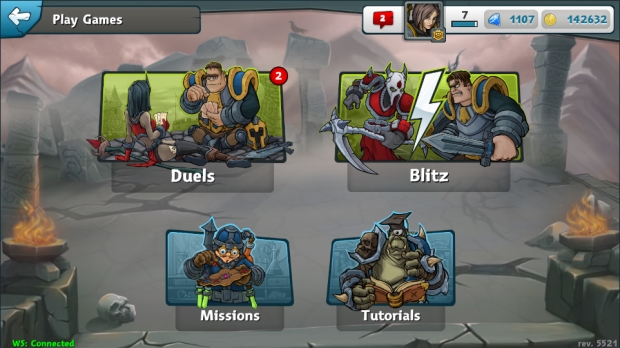 Attention! Attention! Travian Games is calling all fighters, seers and archers to sharpen their axes and polish their swords as its turn-based fantasy chess game, Epic Arena, prepared to battle for mobile gaming supremacy this summer. Revealed at PAX East, Epic Arena is simultaneously coming to iPhone® and Android devices, pitting players in the middle of the battlefield as they try to eliminate their enemy’s team.

Developed by Shadow Masters, Epic Arena cunningly combines the deck customization of a card game, the exciting tactics of a board game, and high fantasy artwork into one epic multi-player gaming experience. With asynchronous gaming across iOS, Android and Facebook platforms, players can craft Power Cards, plan their moves, and enter the arena at anytime, from anywhere. In Epic Arena:

Epic Arena will be available this summer as a free download on the iTunes App Store and Google Play. More information can be found at the official website.