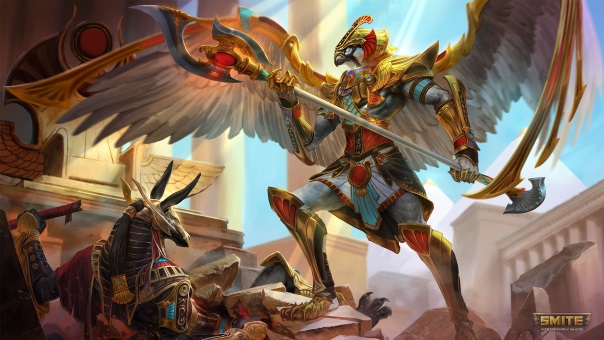 Good morning, Internet! It’s time to look at some SMITE! I’m going to avoid talking too much about Horus and Set since I’ll be reviewing them in a couple of weeks, but I do want to say I really like their aesthetic and kit. Am I disappointed Horus is a Warrior instead of a Guardian? Come on, you know me by now. Will I still build him like a Guardian and play him? You bet! He’s incredibly disruptive, his ultimate can carry people to the safety or to their doom. Set’s damage is going to be pretty wild too, as the next Auto Attack Assassin. Looking forward to seeing what people can do with all those fun sand clones. They will arrive on April 30th, so I’m ready to spend a week or so playing nothing but Smite to prep those two articles. There were also tons of bug fixes in this update, and a link to the patch notes are below so you can read all of those for yourself. It is a pretty meaty list of bug fixes, too. Overall, I’m feeling good about this patch. There are things I still think need to be addressed, but while I think King Arthur and Merlin are still very strong, I think this particular nerf will tone down some of the absolute insanity of the King of the Britons. Time will tell, of course.

Project Olympus has some big stuff coming too. In particular, Role Queue no longer has Priority Points reset when you relog and Ranked/Normal Conquest no longer share the same pool of points. This is great because you’re likely to try different things in Normal/Ranked, especially when you’re trying to learn a role/position. MMR gains and losses will also properly display at the end of match lobby, so you can accurately see how you’re progressing in the world of Ranked Gameplay. For the Co-Op vs. AI fans, AI and behaviors of bots have been improved, and they also decreased instances where bots jitter around because they can’t decide what to do. These bots will also occasionally attack Jungle Camps, which is sort of neat. 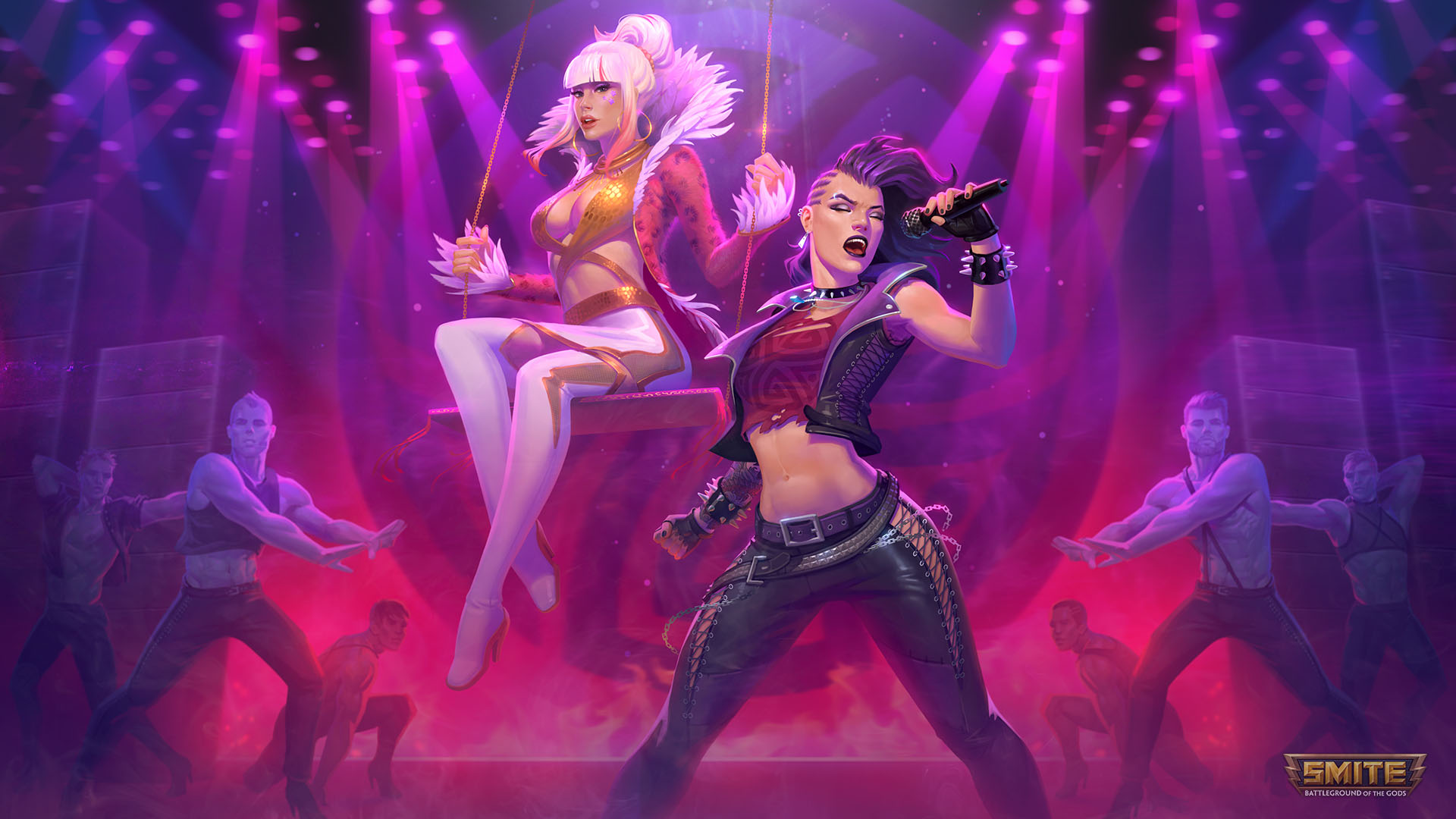 Xing Tian saw some changes during Project Olympus too! It’s not a god remake, it’s not a re-kit, they just adjusted some of his abilities, and fixed a Xing Tian’s Mountain worth of bugs involving the Guardian. They clarified a bunch of his tooltips and indicators, so it’s more clear what he’s doing and when. Also, Sky-Cutting Axe now functions as a leap, and not as a dash. He can now use it to leap over walls and has immunity frames immediately after leaving the ground during the leap. I always figured it should be a leap, given the animation of it, so now things in my world make just a little more sense. The bug fixes for Xing Tian can also be found in the Patch Notes. Before I get into items/gods, Assault’s Restoration Potion was nerfed slightly, going down to 10% HP/Mana (from 15%), and the spawn time went up to 2 minutes (up from 1m).

The Item changes are pretty brief, so we’re just going to cover them all. Ichaival has a cost increase this patch (2450 to 2600), which was primarily changed to slow down the powerful Ichaival in the laning phase. There were cases of Hunters picking it up and just demolishing their lane with it. This is more aimed at keeping the picks in the early game diverse. Runeforged Hammer is seeing some changes too, in the form of increased cost (2300 to 2400), and loses a little Physical Power (55 down to 50). There’s always the danger of damage dealers being too tanky, and this is one of those items that’s guilty. So it sees a minor nerf to make that a little less prevalent. 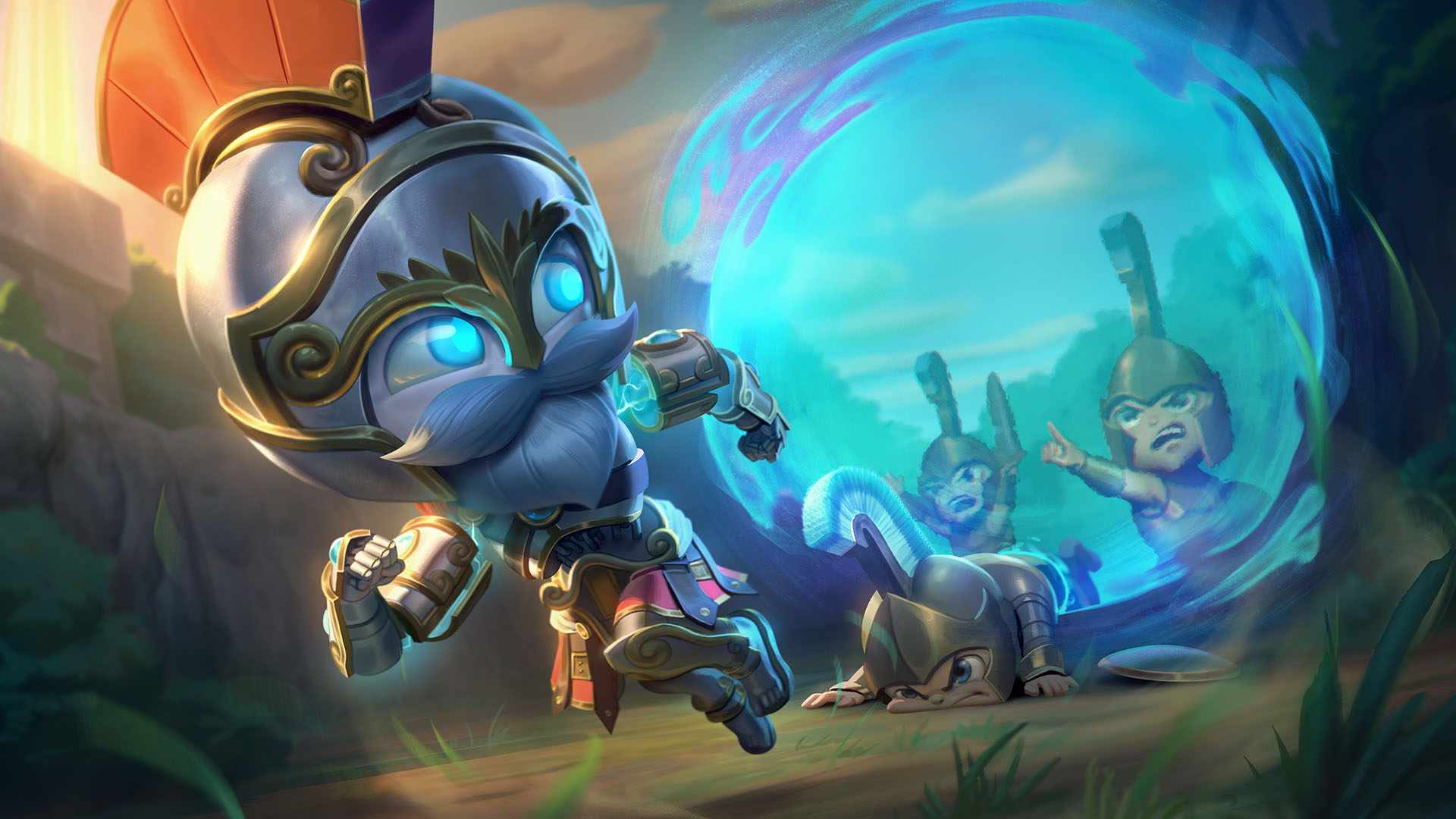 Remember how I said, “too tanky”? The next item is moving this way. Blackthorn Hammer’s seeing a Health decrease (450 down to 350). It was just too good for its cost, so it’s losing some health to be more in line with its cost. They don’t want Warriors/Assassins becoming incredibly tanky without some real investment, I imagine. Finally, Hastened Katana gets a cost increase too (2200 to 2300) and also loses a little attack speed off the top (25% down to 20%). This was aimed at a few junglers in particular, that with Hastened on their side absolutely dominate the jungle. Lookin’ at you, Arachne, Kali, and Bakasura. But now that we’ve looked at items, how are the gods looking this patch? I’m so glad Ganesha’s getting buffed, personally, as well as Jormungandr. But there is a nerf, too, so let’s look at that first. 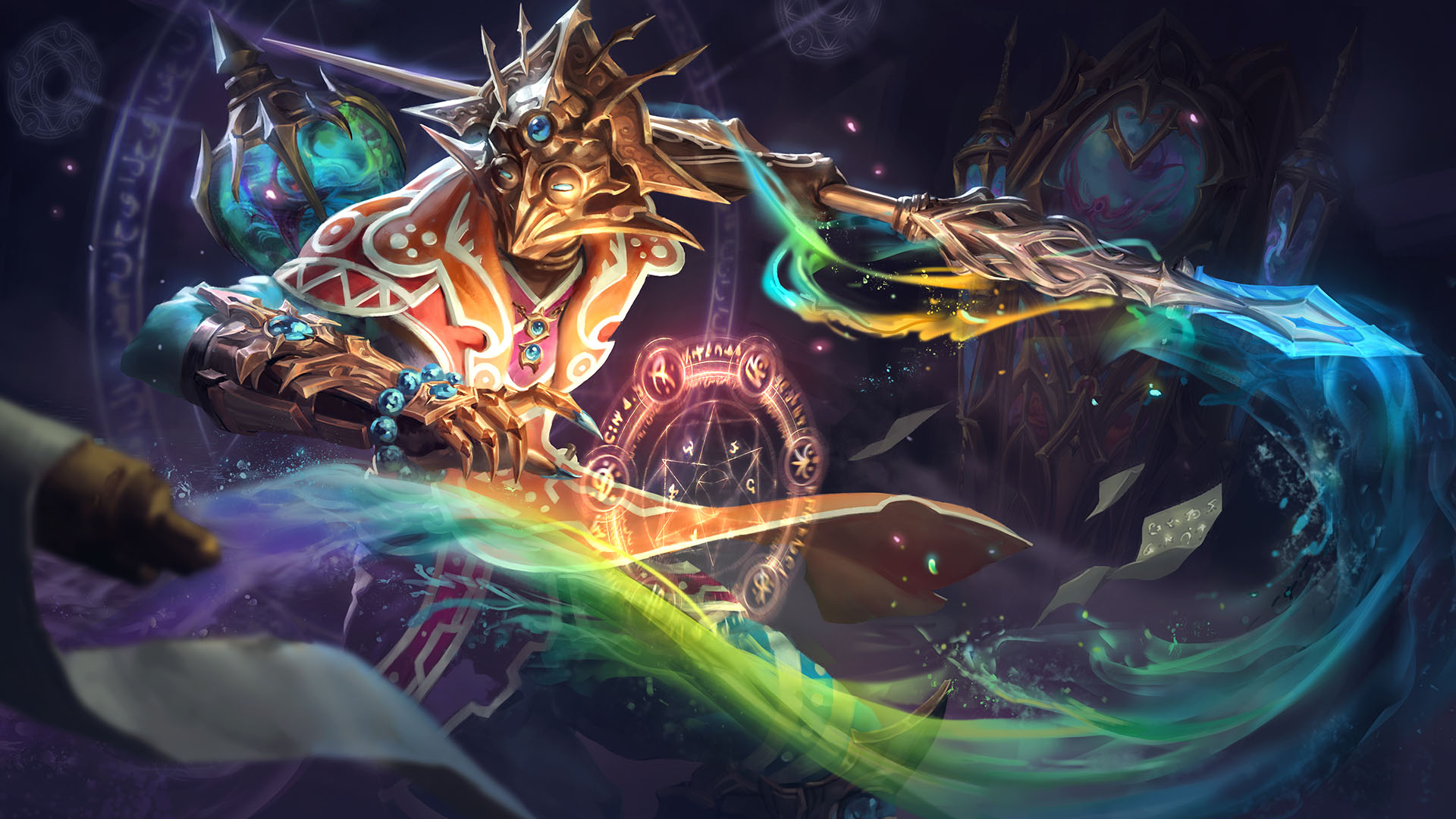 This skin however, is amazing. I love the swirling colors on the Brew Bottle.

Izanami received some love. She’s got one of the best wave clears in Conquest, but her win percentage is still apparently pretty low. The goal of these changes was to make her more reliable, so her Death Draws Night missing health threshold has been adjusted. Now she only needs 10% missing health to gain a stack, instead of 15%. She still gains a cap of 20% Physical Penetration, but now she gains it at 50% missing health, instead of 10%. This makes her far less risky overall. Spectral Projection’s slow is 3s at all ranks, and Fade Away has a lowered Travel Time of 05s instead of 0.6s. They also removed that tiny self-root at the end of the leap. On the topic of Hunters, Hou Yi’s Sunbreaker no longer roots him, and he can move his camera freely while firing the move. This is just a neat change and probably should have happened some time ago. Bastet’s Declaw has a new circle targeter element, to convey the abilities area of effect properly when it hits an enemy. There are a few changes like this, too! Kukulkan’s Zephyr and Scylla’s Sic ‘Em both received a new circle targeter element so they can see what their ability will do with greater clarity.

Jormungandr saw some serious love in this update too. While he made a big splash on the game, he didn’t have a real impact in actual fights. His Basic Attacks do more damage now (9.6 + 0.64/lvl to 11.2 + 0.96/lvl), and Venomous Haze saw a buff too. Consuming clouds with abilities now lowers the cloud duration to 8s, instead of 5s, so it will be around just a bit longer. Consuming Bellow loses its damage mitigations while channeling the ability, but it no longer goes on cooldown if you’re interrupted during the channel. That’s a bit of give and take, but I know I’ve been interrupted a ton of times using it, and it just felt like wasted mana and cooldown. So, I love that change. But more important perhaps, Ganesha! 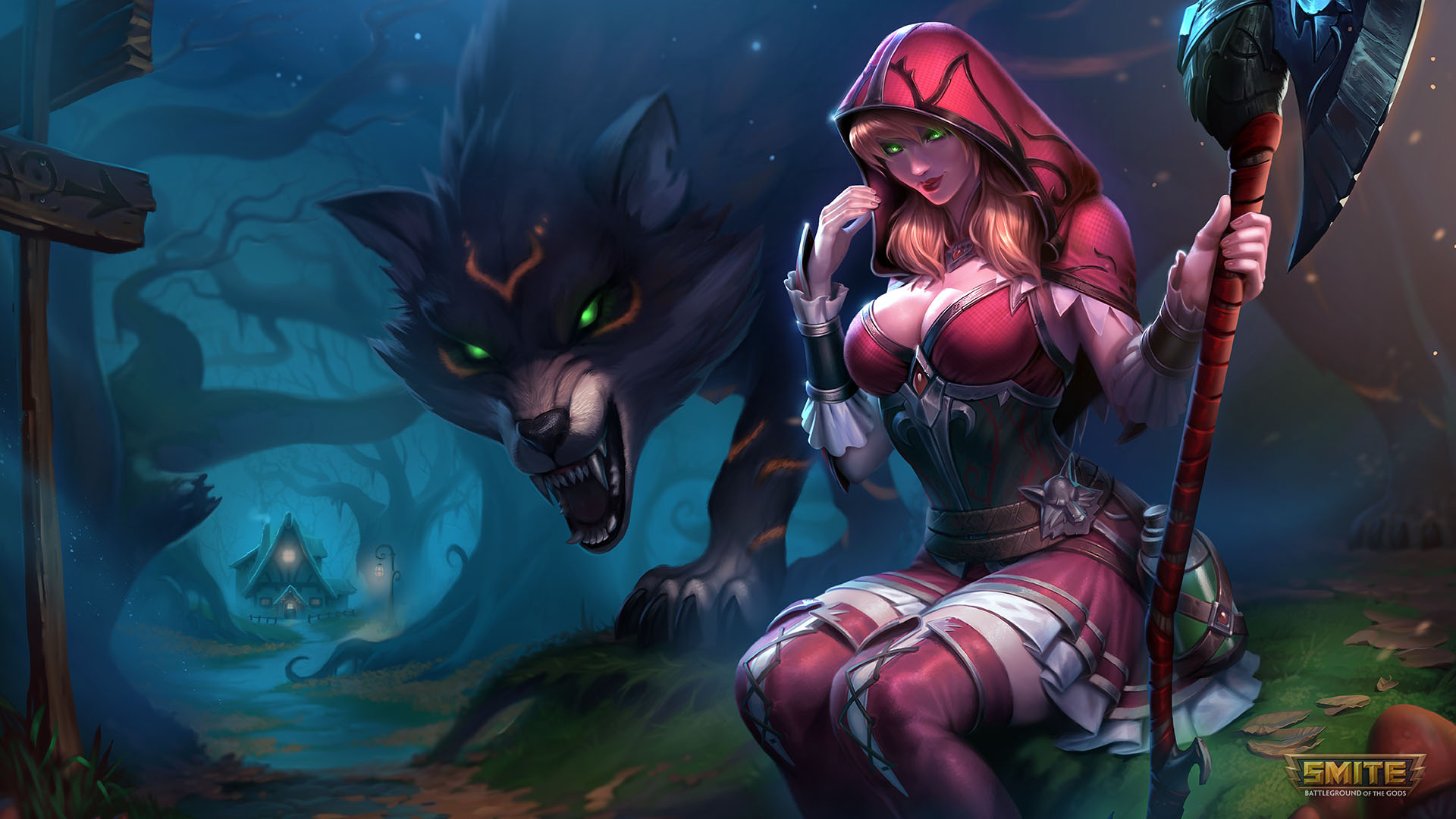 I don't think Artio had a 'sexy' skin yet, anyway. Personally, I've always liked her aesthetic.

I love Ganesha, but he’s not really been that viable of a pick, even though he’s been used in the SPL. So, he’s seeing a few buffs to make him a little more viable. In particular, Turn of Fate’s Buff Duration went up to 4s (from 3s) and Ohm now also provides Magical Protection as well as Physical Protection while channeling the silence (20/30/40/50/60). It never really made sense that it didn’t cover both as a Guardian, but I’m glad it does now. Finally, he gets a pretty serious damage boost to Remove Obstacles – 75/120/165/210/255 to 90/135/180/225/270. This ought to make it a little easier for him to clear a wave to help his lane-mate out, so we’ll have to see. I never was good with numbers, but it’s an increase, so it’s good! This has been our patch notes breakdown for “Sands and Skies”! I’m very excited about this update, even though it will require a great deal of research, trial, and error. I’m not very good with junglers, so I’m going to be doing a lot of talking to people with more skill than me.