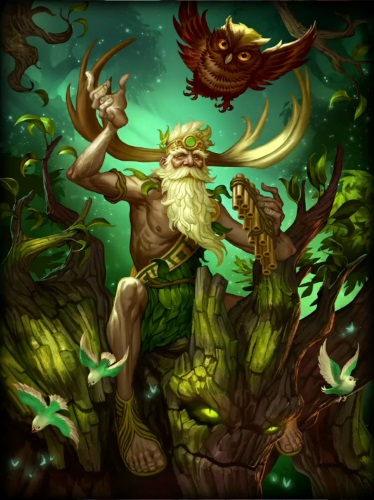 This week, SMITE revealed its first concrete details for Sylvanus, the newest god to join the MOBA’s pantheon.

Sylvanus’ model is of an old man riding atop a massive treant (named Grover). His role will be a utility-based Guardian, with the following skills:

You can catch Sylvanus in action in the recorded Dev Talk stream.