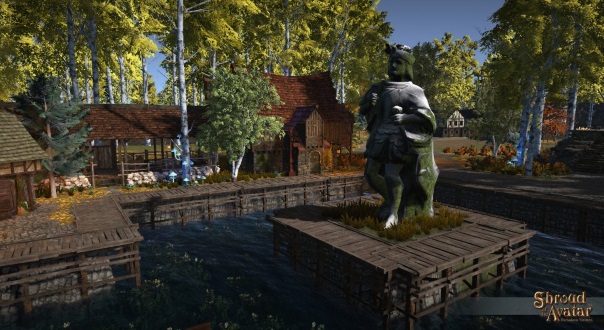 Portalarium and Travian Games are committed to releasing monthly updates for Shroud of the Avatar to keep the flow of content going. To that effect, Release 53 is live and has a host of changes attached to it. Heraldry is available for all players with thousands of patterns available, as well as new scenes, including two new adventuring areas based on a pirate theme: Tenebris Harbor and Penmawr Island. Some changes to gear include Virtue effects on gear and new armor types, and loot additions also came to Offline mode, including new decorations, lot deeds and homes. Loot is also increased in Offline mode. Additional side-quests, overall story polish, new dialogue and a rebalance of existing quests is also featured.  Of course, there are also a variety of bug fixes. The full details can be found below.