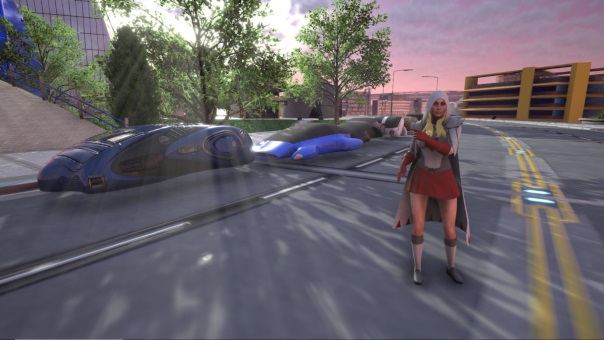 The Ship of Heroes team recently released a devblog concerning a facet of immersion – Civilian NPCs and Cars. It’s important to immersion in an MMO to have more than just players, especially in a ship as massive as the FHS Justice. It’s important to make it a believable area to live and work in, so that means civilian NPC sand even cars to fill the streets and make it feel less empty. The newsletter shows off the current civilian NPCs that are in the works, and are working to balance having NPCs while not adding unnecessary strain to the game engine/PCs running it. In the current shots they showed off, there are over 100 civilians in Arch Park, and at any given time, a player should see about 20. They’re working on making them as realistic as possible, so that they can run away if there’s an attack, stand up and sit down to relax. They also showed off their hovercars, which stay levitating when parked, so they are easy to enter and exit for civilians. The team also discusses what’s on the horizon, which can be found in the link below.